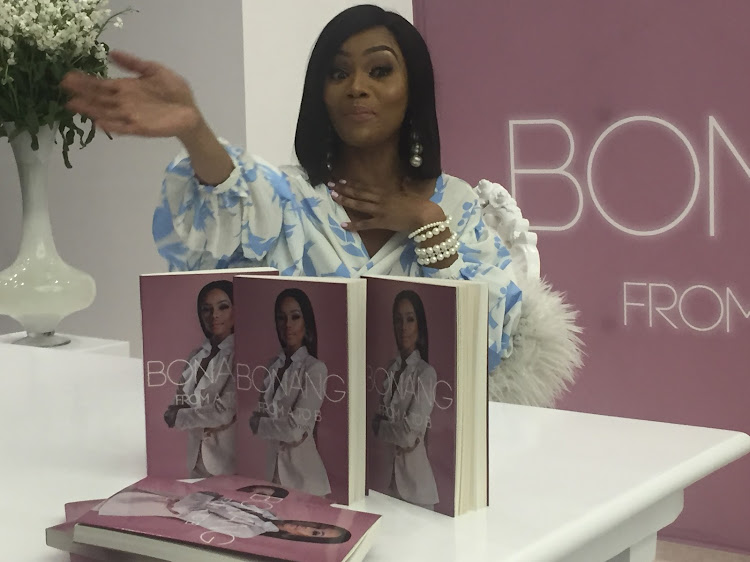 Bonang at the relaunch of her book at the Mall of Africa.
Image: TshisaLIVE

Bonang Matheba relaunched her book, Bonang From A to B, on Thursday night during an intimate book signing at the Mall of Africa in Johannesburg.

It comes after the first edition was recalled because of grammatical and factual errors. At the same time B's former bestie, Somizi, and her ex-boyfriend, Euphonik, sent legal letters demanding that their names and any references to them in the book be removed.

TshisaLIVE is in possession of the new addition and the chapter where Somizi and Euphonik where mentioned has been removed.

In the initial version Bonang said she stopped being friend with Somizi because he became friends with her ex, who she claims assaulted her.

Here is the old version: 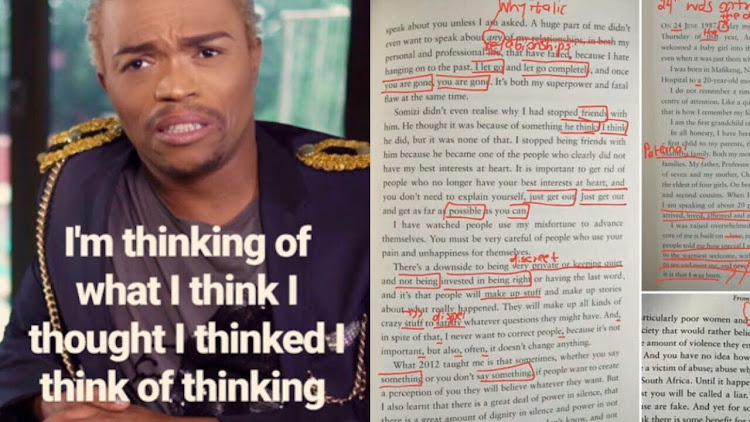 The first edition of the book

Here is the new version: 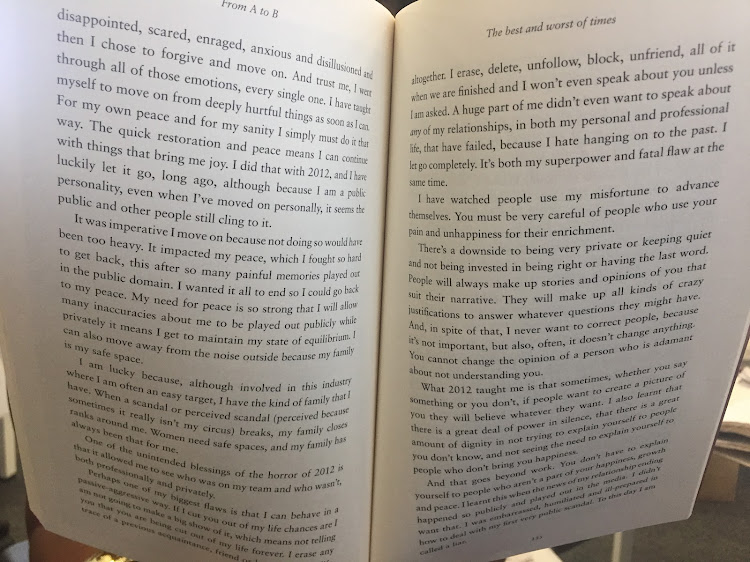 The new version of the book.

She made no mention of the changes at the launch but instead thanked her fans for their support.

Bonang thanks her fans for their support pic.twitter.com/2hOXFCioLv

After being recalled from book stores across the country because of grammatical and factual errors, Bonang Matheba's book has been polished and is ...
TshisaLIVE
4 years ago

'There's no mention of Euphonik's name in the book' - Bonang's camp

Despite recent reports which claimed Euphonik was successful in his fight to "keep his name out" of Bonang Matheba's book, both Jacana Media and ...
TshisaLIVE
4 years ago

WATCH: AKA & Bonang are relationship goals

Love them or hate them - the kind of love that AKA and Bonang share is swoon worthy.  The rapper recently performed to thousands of screaming fans ...
TshisaLIVE
4 years ago