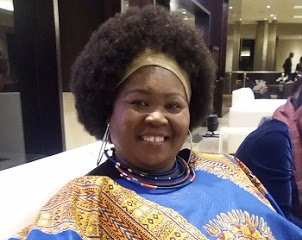 Actress Thembsie Matu has won over Mzansi as Patronella on The Queen after just a few episodes and the seasoned actress has put it down to passion and imagination.

“I love what I do. I make sure to try and educate and entertain with the characters I play," she told TshisaLIVE in an interview.

Thembsie, who has been in the acting industry for over 20 years , said the character of Patronella was written especially for her.

Patronella was introduced to viewers as one of the Khoza employee’s wives. After feeling abandoned in the rural villages, she made an abrupt decision to come stay with her husband in his quarters.

The actress admitted that she and Patronella shared some similarities, but quickly pointed out that beating men was not one of them. This, because in her first appearance on the telenovela, Patronella greeted her husband with a hot klap.

“We [are] similar in terms of confidence. We go after what we want and we are both no nonsense women. However, I am not a violent person - I don’t beat men. I hope Patronella teaches women to work on what they have: Be it a cleaner or cook or a nanny. And they mustn't put all their eggs in one basket,” she said.

WATCH: Vatiswa Ndara wants to be living with Oprah in five years

Vatiswa Ndara has revealed that she strategically evaded giving away too much information about who she is behind closed doors. But, as TshisaLIVE ...
TshisaLIVE
4 years ago