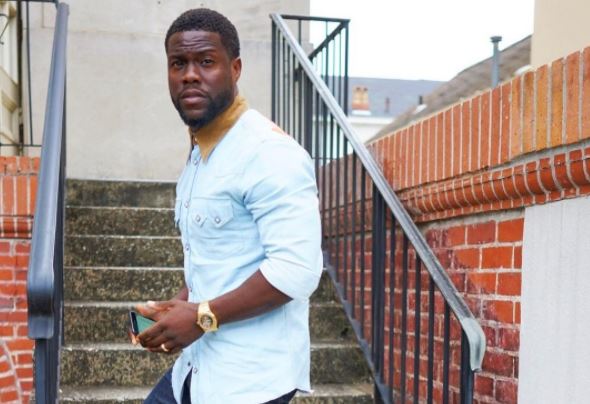 Kevin Hart has apologised for a "bad error in judgement".
Image: Via Kevin Hart's Instagram

US comedian and film star Kevin Hart faced the wrath of social media this past weekend after posting a video on social media where he appeared to confess to cheating on his pregnant wife.

The star, who was apparently being extorted for a  “sexually suggestive” video with another woman, apologised to his fans and family for the "bad error in judgement".

“It’s a sh*tty moment where you know you’re wrong. There’s no excuses for your behavior,” Hart said.

Sending so many apologies to my wife & kids. I gotta do better and I will. I'm not perfect and have never claimed to be ...I love you all.

Despite Kevin's pleas for forgiveness, Twitter was unforgiving and ripped the star to shreds.

With over 223,000 tweets, Kevin has been trending for more than 24 hours, with fans in Mzansi voicing their opinions about the scandal.

I really don't feel bad for Kevin Hart's new wife getting cheated on when that's exactly how she got with Kevin Hart in the first place. pic.twitter.com/fCVYU7nNHz

Kevin Hart trying to win back his babes' trust pic.twitter.com/1es4tlIcSu

Kevin Hart: I'm at a place in my life where
Me: pic.twitter.com/gCAuO1N7to

Kevin Hart cheated on his wife only twice and that's 2/365 days which is less than 1% so it doesn't really count at all. HE IS NOT GUILTY

The Kevin Hart situation just show you will lose them the same way you got them. Morale: Don't date someone you took from another #KevinHart pic.twitter.com/ntfoY17u9O

Bonang Matheba relaunched her book, Bonang From A to B, on Thursday night during an intimate book signing at the Mall of Africa in Johannesburg. It ...
TshisaLIVE
4 years ago

Whether she is being mocked for her "bad english" or being accused of being fake, Twitter always has something to say about Diski Divas' Sibongile ...
TshisaLIVE
4 years ago