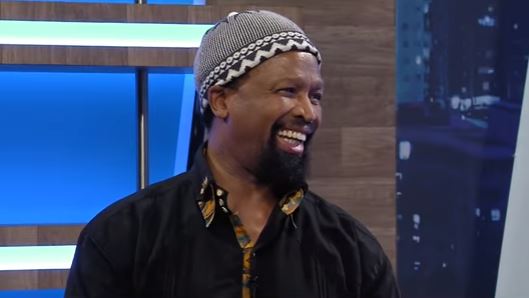 Veteran actor Sello Maake Ka-Ncube has detailed some of the internal conflicts he's endured as an actor and remembered a time in his career where his 'black consciousness' kept him away from acting.

Speaking on Trending SA, the seasoned actor explained that before he became Archie Moroka of Generations fame, he took a break from acting because he didn't want to compromise his "principles".

He said that after his mentor Gibson Kente decided to end the play he was in, he stayed away from TV which he believed was part of the oppressive "system" of that era.

"The pre-Archie Sello began with Gibson Kente (a playwright), 1981. But took a break between 82 and 83 because Gibson decided to close shop. Sello then was still driven by black consciousness and I decided ' hai I'm not going to work with the system" but that was before I had children. Children don't eat your principles," he explain.

The actor, who boasts a career that spans over 40 years, explained that after having his kids he knew he had to work for their livelihood.

This, pushed his career from strength to strength. Sello is one of the few actors that has carved out a name for himself on television, film and theatre.

The actor explained that it is because he is driven by passion and love for the art of acting that he remains a "relevant" artist.

He also explained that he had a lot of exciting upcoming projects, including a theatre play called Fences and a film called The Whale Caller.

Before this weekend, many of you may have been oblivious to the existence of sexy socialite Nicole Nyaba, but since she made the Sunday headlines, ...
TshisaLIVE
4 years ago

Somizi has become the latest in a very long list of celebrities to fall victim to a sim swap and phishing scam that cost one of his friends his "rent ...
TshisaLIVE
4 years ago

The creator of a dance song using a mash up of EFF leader Julius Malema's popular reference to President Jacob Zuma as "Duduzane's father" has ...
TshisaLIVE
4 years ago