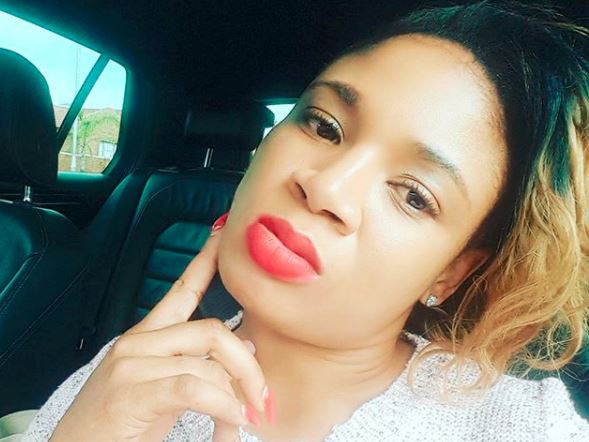 Diski Diva's Sibongile Masuku said she would not allow her man to take a second wife.
Image: Via Instagram

Reality TV star Sibongile Masuku has recently shared her disapproval of a polygamous lifestyle, explaining that she's just not interested in sharing her man.

Speaking on the Fresh Breakfast radio show on Wednesday morning, the wife of Bloemfontein Celtic player Khethokwakhe Masuku explained that she would never allow her husband to take a second wife.

This, after one of the hosts asked her if, instead of side chicks, she would allow her husband to marry a second wife.

"No, not happening. Nobody in my home has ever taken a second wife, so why would I agree? Nobody in his family has attempted polygamy, so where would he get that idea? No, what mine is mine and mine alone, I don't play like that," she said.

During a recent interview with TshisaLIVE, Sibongile said she hated side chicks because they are inconsiderate.

"Firstly, these people are inconsiderate. I mean we are all women after all. Why are you doing things with a man that is taken and still have the audacity to take your phone and call his wife or take pictures and things like that? I am not saying men are innocent but we as women must always think of each other. So I don't like side chicks, in fact I hate side chicks because they are all disrespectful," she said.

Twitter users believe they need therapy after watching another heart-wrenching episode of Mzansi Magic's Please Step In, where rape and heartbreak ...
TshisaLIVE
4 years ago

Lorcia Cooper speaks out on being typecast as a coloured actress

After years of being typecast into the character of a "pretty coloured girl," actress Lorcia Cooper wants to break the mould of what people believe ...
TshisaLIVE
4 years ago

There was a time when actress Asanda Foji was told that the only way she could "break into the industry" was by faking a smile and acting flashy on ...
TshisaLIVE
4 years ago

Motivational speaker Criselda Dudumashe has been a source of inspiration for many people leading positive lives with HIV and on Tuesday reflected on ...
TshisaLIVE
4 years ago

Veteran actor Sello Maake Ka-Ncube has detailed some of the internal conflicts he's endured as an actor and remembered a time in his career where his ...
TshisaLIVE
4 years ago