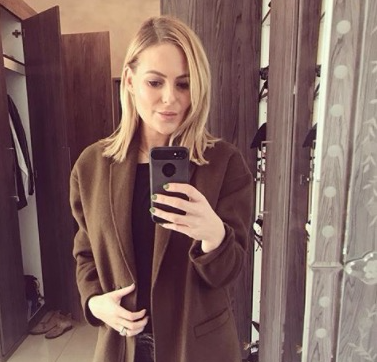 Karlien van Jaarsveld is having a girl.

Afrikaans singer Karlien van Jaarsveld and her hubby, Joe Breytenbach have revealed that they are expecting a baby girl.

Karlien who first announced her pregnancy in May took to Instagram to reveal the exciting news.

"We have kept it a secret for a long time, but want to share today that Joe and I are entrusted to raise a daughter. We still await every day in anticipation and trust in God until her birth, and also after that," she said.

Karlien said that there was so much excitement surrounding her daughter's birth especially from her twin boys who can't wait to meet their sister.

The singer said they have been thinking about a name for the past few months and have decided that she will be called, Elah.

Those close to the singer also treated her to a baby shower over the weekend.

A-reece talks about being 'independent' in love & music

After leaving Ambitiouz Entertainment following a contractual dispute earlier this year, there was speculation that would curb the A-reece's ...
TshisaLIVE
4 years ago

DJ Mahoota has rubbished suggestions that he was "not interested" in working with other members of the popular group Trompies ahead of their reunion, ...
TshisaLIVE
4 years ago