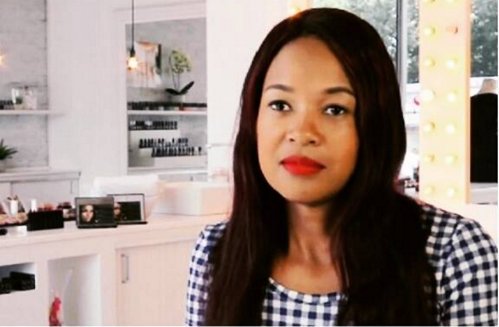 Diski Divas' Kia has called it quits.
Image: Via Twitter

After constantly being  "misunderstood" and being on the receiving end of major public hate for two seasons on popular reality show Diski Divas, Kia Ntshole has decided to call it quits and leave the show for other ventures.

Kia confirmed the news in an interview with TshisaLIVE, explaining that she was disillusioned with the show and was not happy with the way she was often portrayed as someone she was not.

"The second season has been the worst. I felt like the whole cast and crew of last season was one happy family, but this year was something else. It made me realise that I was done with Diski Divas. I am not going to do this anymore. It was dramatic. Even when it aired I was not happy with certain things.

"I wanted to show that we are footballer's wives and girlfriends but we are not stupid or looking for fame. There are those who are on the show because they genuinely love their partners and want to show their support for them," Kia said.

Kia explained that wanted to leave after the first season, and again in the middle of the current season of the show, but was convinced to stick with it until the end of season.

She said she joined the show to have fun and not for money or fame.

"Reality shows and TV was never in my plans. This was something I did for fun. I wasn't doing it for fame or money. For me it was for kicks. I was like even if they make five more seasons and they never call me, I will be fine with that. People who know me, know the real me. Who I am is different to what you see on TV. I am actually a very deep person but sadly all people saw was fluff," she said.

After every episode of the show, Kia tops the Twitter trends list with viewers labelling her a "bully" and of being "argumentative".

Kia said there was a time when the hate used to affect her, however she's learnt not to care about what people think of her.

"I just don't care. Back then I would cry about it and worry what people would say but I have learnt to detach myself from it. I don't think people understand that I just don't care. I have serious problems to worry about than someone telling me I have a bad weave, I am horrible, or have a stinking attitude," she said.

Kia also responded to some of the hate she received on social media through a short video with TshisaLIVE, serving more shade than the Knysna forest.

Twitter users believe they need therapy after watching another heart-wrenching episode of Mzansi Magic's Please Step In, where rape and heartbreak ...
TshisaLIVE
3 years ago

Before this weekend, many of you may have been oblivious to the existence of sexy socialite Nicole Nyaba, but since she made the Sunday headlines, ...
TshisaLIVE
3 years ago

The creator of a dance song using a mash up of EFF leader Julius Malema's popular reference to President Jacob Zuma as "Duduzane's father" has ...
TshisaLIVE
3 years ago

Reality TV star Sibongile Masuku has recently shared her disapproval of a polygamous lifestyle, explaining that she's just not interested in sharing ...
TshisaLIVE
3 years ago