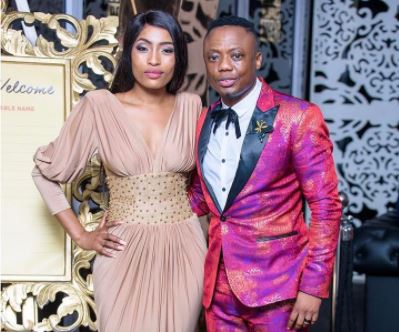 A year after tying the knot to his longtime girlfriend, Gugu in a traditional ceremony, DJ Tira is "loving" married life and has reflected on how it has made him more responsible.

Tira told TshisaLIVE that he changed since getting married and was now more focused on "doing the right thing".

"Married life is beautiful. My life couldn't be better. It has helped keep me grounded and focused. Now I can spend my time doing the right thing rather than partying up a storm," he said.

Tira said he felt the increased responsibility that comes with marriage.

"I am now responsible Tira. I have a whole team behind me who can't afford for me to flop. I am just trying to be that responsible guy and not let anyone down," he said.

He said that he was motivated by the desire to be a role model to his children.

"I have three kids who I love spending time with. I am trying to be a role model to them and do the right thing," he said.

Zodwa Wabantu has hit back at the release of a song, which called on her to  wear underwear, claiming that she didn't need musicians to sing about ...
TshisaLIVE
3 years ago

Twitter users believe they need therapy after watching another heart-wrenching episode of Mzansi Magic's Please Step In, where rape and heartbreak ...
TshisaLIVE
3 years ago

Before this weekend, many of you may have been oblivious to the existence of sexy socialite Nicole Nyaba, but since she made the Sunday headlines, ...
TshisaLIVE
3 years ago

The creator of a dance song using a mash up of EFF leader Julius Malema's popular reference to President Jacob Zuma as "Duduzane's father" has ...
TshisaLIVE
3 years ago
Next Article