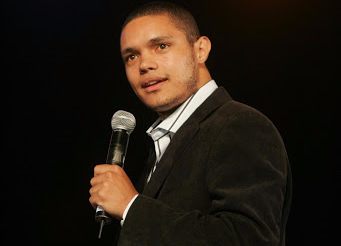 Trevor Noah has credited African tradition and customs for giving him his human outlook and ability to see the bigger picture when looking at a situation.

The star has often been praised for the way he handles interviews, with fans pointing to his empathetic style of analysis and questioning.

Trevor told Glamour magazine that his empathy came from his African roots and the lessons he has been taught.

"The most important part of conversation in Africa is the greeting. In Zulu, there’s Sawubona: 'I see you'. When you see someone as a human being, you begin to understand most people are doing what they believe is right. I ask myself, 'What if you were wrong? How would you want someone to engage with you?'" Trevor said.

Reflecting on his upbringing, he said he was also influenced by the women in his life who taught him to see the world in new ways.

Two years after taking over as the host on US late night show, The Daily Show, Trevor has continued to win over audiences, raking in an average of 1.6 million viewers in August and winning an Emmy earlier this month.

Much of his content over the last two years has revolved around US president Donald Trump and Trevor said if he could ask Trump one questions, it would be how much money it would take for him to leave the presidency?.

“(I would ask him) 'how much money would you want [in order] to leave the presidency? Because I think he would have a number, strangely enough. Then we’d know how much to launch the Kickstarter for," he joked.

Thembisa Mdoda has reflected on her struggles in the industry, which include being judged for her weight and criticised for getting divorced.
TshisaLIVE
3 years ago

A year after tying the knot to his longtime beau Gugu in a traditional ceremony, Tira said that he is "loving" married life and reflected on how it ...
TshisaLIVE
3 years ago

Lerato Kganyago has never been one to hold back when challenged and the star once again got into a spicy twar over not being able to click her tongue ...
TshisaLIVE
3 years ago

After relaunching her memoir Bonang: From A to B, Bonang Matheba is set to introduce the book to an international audience with a book signing in ...
TshisaLIVE
3 years ago
Next Article