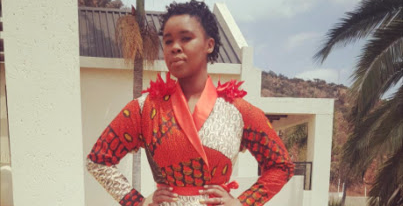 Zahara refused to perform at a show over the weekend.

Loliwe hitmaker Zahara has hit back angrily at organisers of a music festival in Vereeniging after an alleged "breach of contract" saw her refuse to perform for hundreds of fans over the weekend.

Zahara was one of the headline acts set to perform at the River Jazz festival on Saturday, but left fans disappointed after she refused to take to the stage.

Speaking to TshisaLIVE, Zahara explained she left the festival after organisers allegedly failed to pay her.

"The issue was non-payment. We had a contract an agreement with the festival that they would pay me 50 percent before the festival and the rest at the show. I didn't receive any money from them but still travelled to the festival because I thought they would pay. They didn't and so I refused to perform," she said.

However, the festival's organisers have disputed Zahara's claims, explaining that it was apparently a mutual decision to cancel her performance due to bad weather.

"A decision was made by both ourselves and Zahara's management that because of the weather and because she was running late, she would not perform and in good faith we would allow her to keep the deposit. We had the money for her but the show had to be stopped," Jackie Chili said.

Zahara said she received several messages from disappointed fans, but maintained that she would not change her stance.

"I won't be exploited. I refuse to work without pay. This is my business and I can't perform for free. I understand that my fans are disappointed and wanted to see me but that is what I have decided," she added.

Zahara said that she would not perform at the festival again but would return to the city later this year to tour her upcoming album.

"I will go back with my own show, organised by me, and it will be amazing," she added.

A university student has caused a storm with claims that Bonang Matheba allegedly failed to live up to promises to help pay her fees seven months ...
TshisaLIVE
3 years ago

Bonang Matheba has once again vented her frustration over always being accused of "stealing" Minnie Dlamini's shine, telling social media users that ...
TshisaLIVE
3 years ago

Trevor Noah has credited African tradition and customs for giving him his human outlook and ability to see the bigger picture when looking at a ...
TshisaLIVE
3 years ago

Thembisa Mdoda has reflected on her struggles in the industry, which include being judged for her weight and criticised for getting divorced.
TshisaLIVE
3 years ago
Next Article