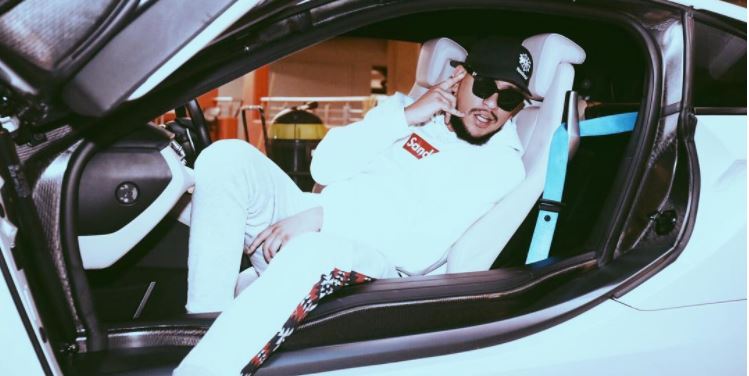 AKA shows off his i8 in the latest episode of his web series.
Image: blaq_smith

Rapper AKA has never been shy to show off his flashy lifestyle, and the star once again took fans on a trip of luxury in the latest episode of his Life on the Road Youtube documentary reality show series.

Eight months after the release of the first two episodes of the series, AKA recently dropped the third episode of the series, detailing the last few months of his life on tour.

The video features behind the scenes moments from AKA and Anatii's recording of their album Be Careful What You Wish For and is packed to the brim with moments where AKA showed off his rockstar lifestyle.

Here's five moments from the episode that had us wishing for AKA's lifestyle.

Anyone call for a blue light brigade?

Nothing beats the convenience of being escorted to your shows

I basically only work weekends

During the show, AKA is seated at a table telling his team about his schedule.

"I would like to say that I am hectic in the week but I am not. I can wake up at 1. Do my thing in the week and when Friday comes I got shows. Sunday chilled. The way you guys have designed the business, the fee (to have him perform) is so high," AKA said.

Riding the i8 with the doors open

Why? Because he can.

Picking up that new Gucci bag for bae

AKA spoiled his bae with a new Gucci bag he claimed was close to R50,000. He even told the shop attendant to hurry with the wrapping.

Recording in the kitchen

While most musicians are out sweating it in a booth locked away in a dark recording studio, AKA is recording at the table like he's doing it on holiday. Levels!

TV and radio personality Hulisani Ravele has reflected on the frustration she experienced after being constantly rejected, and watching other girls ...
TshisaLIVE
3 years ago

Award-winning musician Tresor is shaken, but grateful to be alive after being held up at gunpoint during an attempted hijacking in Johannesburg on ...
TshisaLIVE
3 years ago

Relationship-themed reality show Please Step In, topped the trends list once more on Tuesday evening, with fans taking to Twitter to discuss the ...
TshisaLIVE
3 years ago

DJ Black Coffee has raised the South African flag high once more after having scooped the Best Deep House DJ at 2017 DJ Awards held in Ibiza last ...
TshisaLIVE
3 years ago