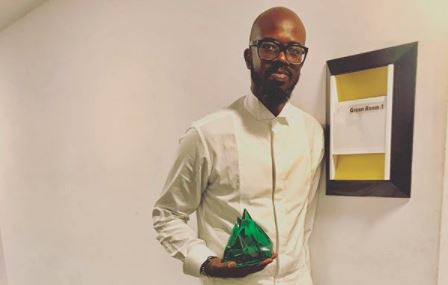 DJ Black Coffee bags another international award at the DJ awards in Ibiza
Image: Via Instagram

DJ Black Coffee has raised the South African flag high once more after he scooped the Best Deep House DJ trophy at the 2017 DJ Awards held in Ibiza last night.

Black Coffee took to his social media to share the news with fans and thanked them for the votes. He said the award was for "the culture".

Speaking on behalf of Black Coffee ahead of the awards, his manager Amaru Da Costa told TshisaLIVE that the DJ "couldn't be happier" with the nomination.

"It is a big deal for him and for us as a team. We take these awards very seriously and it is an honour to represent South Africa. This is just further proof of Black Coffee's impact on the international stage and we are delighted with the recognition he is receiving," Amaru said at the time.

He added to that haul with a Best Deep House DJ award last year.

The prestigious international award ceremony aims to celebrate and unite DJs, industry professionals and media together at the end of the Ibiza summer season.

After initial fears of being misunderstood and accused of "cultural appropriation", comedian Nina Hastie stood tall dressed in a traditional Zulu ...
TshisaLIVE
4 years ago

It has emerged that kwaito veteran Arthur Mafokate, who is currently in court over abuse charges laid against him by ex-girlfriend, Busisiwe ''Cici'' ...
TshisaLIVE
4 years ago