Redi Tlhabi’s book on Khwezi flying off the shelves 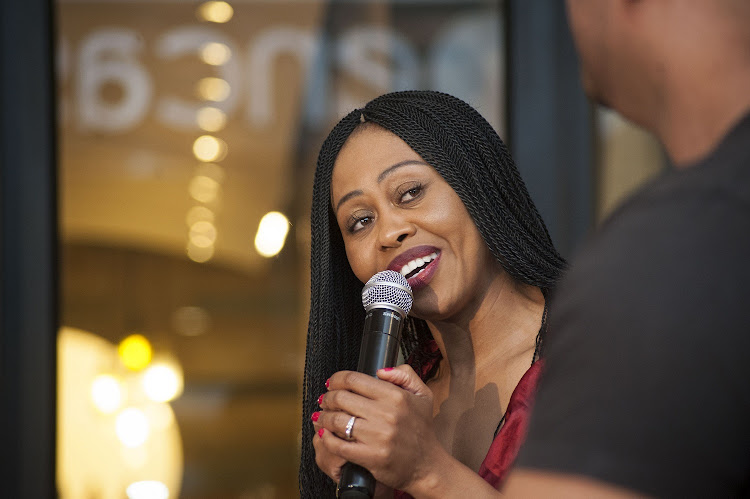 An emotional Redi Thlabi at the launch of her new book, Khwezi.
Image: Madelene Cronjé

Less than a month after its release‚ former talk show host Redi Tlhabi’s book on Khwezi is a best seller.

Exclusive Books’ GM of marketing‚ Ben Williams confirmed the book was "one of the top selling books on our shelves”. While a staff member at Jonathan Ball publishers‚ who asked not to be named because she is not authorised to speak to the media‚ also confirmed that the book is doing well on shelves.

"It's number one in the Nielsen best sellers' list," the source said.

Radio talk show host and author Eusebius McKaiser‚ who interviewed Redi at the book launch, also confirmed that the book was a hit.

“Redi Tlhabi‚ in less than two weeks‚ has had two print runs. The publishers are on the third print run already and over 10‚000 copies. As we speak the top selling book in the country is Khwezi‚” Eusebius said at the launch.

He said Redi would not pocket a cent from the sales of the book‚ and that all proceeds of the sales would go to Khwezi's family.

Redi said she wrote the book because “we need to start reflecting on power relations in our society‚ whether from gender‚ the economy and whatever”.

Khwezi‚ who was HIV-positive‚ accused President Jacob Zuma‚ who was then deputy president of the country‚ of raping her at his home in Johannesburg in 2005. Zuma denied this‚ saying the sex was consensual and he was found not guilty in 2006.

Khwezi went into exile following the trial as there were threats against her. She returned to the country last year and passed away.

Redi said Zuma was given so many moments in court to acknowledge - even as he maintained his innocence - that it was not the right thing to do‚ there was an abuse of power.

Redi said she imagined herself as Khwezi sitting in the courtroom being asked about every relationship that she ever had.

“I imagined sitting there listening to [Zuma’s advocate] Kemp J Kemp [SC] pouring scorn on psychology and the relationship between trauma and our actions and reactions‚” she said at the launch.

The third season of Mzansi Magic's popular reality show Diski Divas came to an end on Wednesday night with more fireworks than on New Years ...
TshisaLIVE
4 years ago