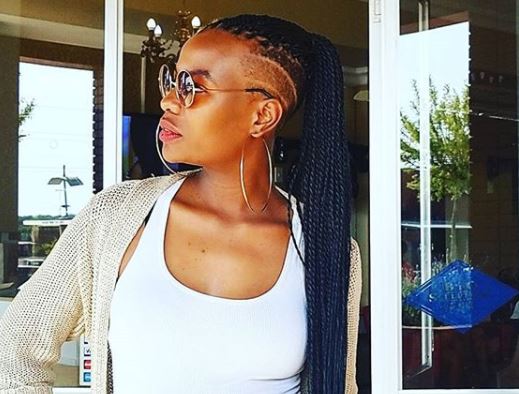 Actress Mona Monyane is unapologetically vocal and has no plans to give into social media "bullying" from other women, especially when it concerns her personal life.

A few months ago Mona became the talk of the town, after she hit back at criticism for falling pregnant months after she welcomed her first daughter. Mona addressed the judgemental comments through a video telling people she could do whatever she liked with her body.

During an interview with TshisaLIVE, Mona said at first she was shocked by the comments but felt it was important to set people straight.

"Initially, I didn't realise just how much of a deal my pregnancy was. I was also taken aback by some of the negative comments. I mean, it's not like we live in a society where having more than two kids is an issue, neither is it taboo in our culture, but people still felt the need to say stuff," she said.

The actress, who is expecting a baby girl some time in November, said as a mother to a daughter she needed to speak out against the bullies.

Mona said she found it "ridiculous" that society still expected women to constantly seek permission or approval before making decisions about their own bodies.

"I wanted people to know that I am not the kind of person to keep quiet and let people make assumptions about me. As an actress, I think people felt they had some sort of ownership over me...an individual! They didn't realise that Mona is very different to the role she plays," she said.

The actress, who is married to fellow actor Khulu Skenjana, said she was happy to share her life experiences with fans, because she's aware of the influence she may have as an actress. But added that people need to know where to draw the line.

Isithembiso actress Lungelo Nxele opens up about her pregnancy

Isithembiso actress Lungelo Nxele is counting down the days to her baby boy's arrival and is looking forward to the new chapter of ...
TshisaLIVE
4 years ago