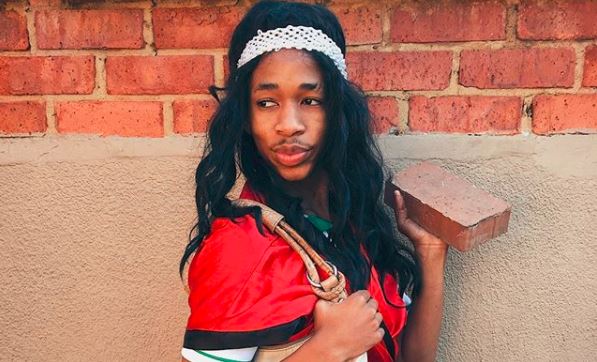 Vlogger Lasizwe released a video that saw him blocked by Bonang.
Image: Via Instagram

Even though YouTube sensation, Thulasizwe "Lasizwe" Dambuza may never miss an opportunity to poke fun at Bonang Matheba, he has no beef with her.

Lasizwe told TshisaLIVE that he was blocked by Bonang after he did a recent YouTube skit mocking her reality show.

"I really really adore Bonang. I really love Bonang. She is my ultimate goal. I am not out here to shade her. It was a comedy satire so I don't understand why she got touched and blocked me," he said.

Lasizwe said he was inspired to shoot the video after he found Bonang's reality show Being Bonang to be impersonal.

He compared B's show to Somizi's and Keeping up with the Kardashians, claiming that audiences wanted to see real emotion, which he tried to give through his YouTube skit.

The video gained over 100,000 views in just over a week and has apparently taken Lasizwe's career to "the next level".

"I just want to say thank you, Bonang," joked Lasizwe, in response to the success of the video.

Big Nuz muso Mampintsha has slammed suggestions that he is overshadowing Babes Wodumo's career and taking much of her spotlight, telling TshisaLIVE ...
TshisaLIVE
4 years ago

Cassper helps Rick Ross out with a vernac tweet

Rapper Cassper Nyovest put his language skills to good use on Thursday when he came helped translate a tweet written in Setswana for US rapper Rick ...
TshisaLIVE
4 years ago