'My body is my investment' - Khanyi Mbau on splurging on surgery 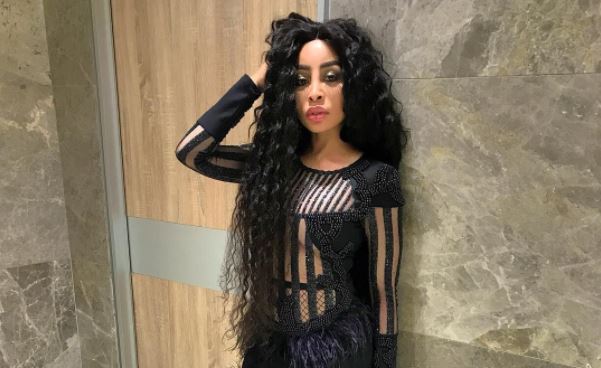 Khanyi Mbau prefers to spend on cosmetic surgery instead of expensive shoes.
Image: Via Instagram

While many were left gobsmacked by news that Khanyi Mbau forked out a whopping R95,000 on her latest cosmetic surgery, she views it as an investment in herself.

Khanyi, who is no stranger to cosmetic surgery, became the talk of the town on Thursday after the bill she spent to have liposuction, a waist reduction and work to her breasts emerged.

The TV personality also documented parts of her latest surgery for her lifestyle show, The Scoop which aired on Wednesday night.

Speaking to TshisaLIVE, Khanyi said she would rather spend on surgery than expensive shoes.

"It's an investment. I always say that the body is something that you use for everything. So why not reward yourself for that? Why are we working hard then? As much as it is about securing a future for our children, one needs to reward themselves. So instead of buying expensive shoes, I'd much rather spend that money on my body because that is my greatest accessory," she said.

Khanyi explained that she had positioned her brand to be a "dream seller," and someone who represents a fantasy of how people want to be. And, she believes that image needs to be maintained at all costs.

"I'm a dream seller. I'm a billboard for a fantasy people look at. When you are a celebrity known for nice things, you need to keep that up. You're like Father Christmas, there'll never be a time where Father Christmas has lost weight or changes his suit to the colour purple and that's the franchise," she said.

Speaking about the backlash and negative comments she's slapped with on social media about her surgery, Khanyi said she she's learnt to join in the fun.

Prince Kaybee speaks out about leaving home & dropping out of school

Award-winning musician Prince Kaybee has overcome struggles of dropping out of school and leaving home to pursue a career in music, and joked that he ...
TshisaLIVE
4 years ago

'I'm all for it' - Caiphus Semenya on AKA's Caiphus Song

Legendary musician Caiphus Semenya is all for young creatives "embracing" their icons' music and hopes it will encourage them to in turn make ...
TshisaLIVE
4 years ago