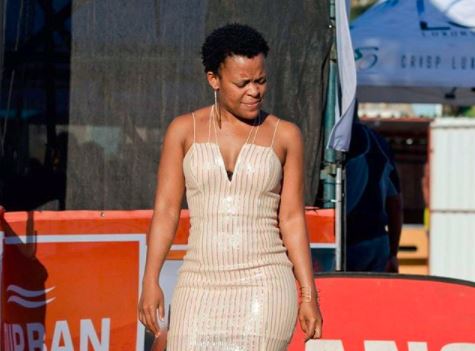 Entertainer Zodwa Wabantu has accused Skolopad of looking for attention.
Image: Via Instagram

Dancer and socialite Zodwa Wabantu has criticised entertainer Skolopad, accusing the star of being an infant in the industry and seeking attention with "stupid ideas".

Tension between the two apparently erupted at the Feather Awards nominations party in Johannesburg on Thursday after Zodwa refused to take a picture with Skolopad.

"I was sitting behind her (Zodwa) and when I asked if we could take a picture together she refused and said that it was not good for her brand. I don't understand how taking a picture can be wrong but I am not angry with her, I am just confused. I don't have an issue with her, she looked beautiful," Skolopad told TshisaLIVE.

However, Zodwa did not feel the same way about Skolopad, and told TshisaLIVE that Skolopad needed to focus on making money and not chase fame.

"I'm not threatened by Skolopad, she is still crawling in this game. We are in a very fast industry and don't know what tomorrow holds for us, so it's time to make money. Skolopad forgets that we are ageing and when the opportunity lands on your lap you grab it with both hands. I'm not here to play games but to make money," Zodwa said.

Zodwa said she planned to leave the industry in 2019 to "buy a house, car and fall pregnant," and was not interested in taking part in publicity stunts.

Skolopad made headlines earlier this year when during a social media debate about Euphonik and Bonang's relationship, she offered to help Euphonik get over his ex.

Zodwa claimed that this was a stunt by Skolopad and lambasted her for it.

"Skolopad asked DJ Euphonik to be her bae, but you can't seek attention with stupid ideas," she said.

It's no secret that Skolopad never misses an opportunity to flaunt her booty, which has become her trademark.
TshisaLIVE
4 years ago

Thulasizwe "Lasizwe" Dambuza may never miss an opportunity to shade Bonang but the comedian and YouTube sensation claims he has not beef with Queen B ...
TshisaLIVE
4 years ago

Zoleka Mandela has let out a sigh of relief after oncologists confirmed that a lump detected in her chest three weeks ago was not cancerous.
TshisaLIVE
4 years ago

Big Nuz muso Mampintsha has slammed suggestions that he is overshadowing Babes Wodumo's career and taking much of her spotlight, telling TshisaLIVE ...
TshisaLIVE
4 years ago

Cassper helps Rick Ross out with a vernac tweet

Rapper Cassper Nyovest put his language skills to good use on Thursday when he came helped translate a tweet written in Setswana for US rapper Rick ...
TshisaLIVE
4 years ago