Chill! AKA doesn't have a contract clause about performing in the rain 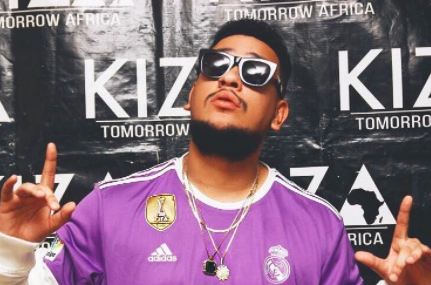 AKA didn't perform at this weekend's HomeComing Africa music festival.
Image: Via Instagram

AKA's team have denied that the rapper has a clause in his contract preventing him from performing in the rain. This after the musician failed to sing at a music festival over the weekend.

After rain wreaked havoc at the HomeComing Africa music festival in Pretoria on Saturday, disappointed fans took to social media to voice their frustration at a decision by organisers and AKA's team to cancel his performance.

Speaking to TshisaLIVE, AKA's road manager Tshiamo Letshwene rubbished the suggestions and said AKA had performed countless times in the rain.

"It is nonsense. He doesn't have a contract clause like that. He has performed in the rain before but couldn't this time because the stage was flooded," he explained.

He added that organisers had tried to move AKA to a new stage but could not get it set up in time and decided to cancel the performance. He said AKA would now perform at a later HomeComing event to make up for the cancellation.

"It was an act of God and so organisers can decided to ask for the booking fee back or have us perform at another time and they decided on another performance," Tshiamo said.

In a statement the event's organisers defended AKA from any criticism and said the rain had messed up everyone's plans.

"I have no reason to defend him, but I am as reasonable a man as any reasonable man. The rain genuinely screwed us all up. AKA's team was heavily professional since booking date. They planned and curated a very special show and were amped about it. He was at the venue for close to 4 hours in the morning working on sound check with his band. Very few other artists did this," HomeComing events founder Katlego Malatji said on Twitter.

He added that attempts to move AKA's performance to another stage were made impossible because of how the stages were set up.

"The Harlequins stage was set up strictly for DJs and no backline or stage floor was set up for performances. There was no space to move his band, equipment or general performance, as he was rigged to play on the Centurion stage. He was at the venue for an hour looking for alternatives before leaving, but it just wouldn't have worked. We're all equally saddened," he said.

So there you have it, fam. No diva antics here.

As competition on popular reality show Idols SA heated up on Sunday, fans of the show took to Twitter to suggest that producers may as well call it a ...
TshisaLIVE
4 years ago