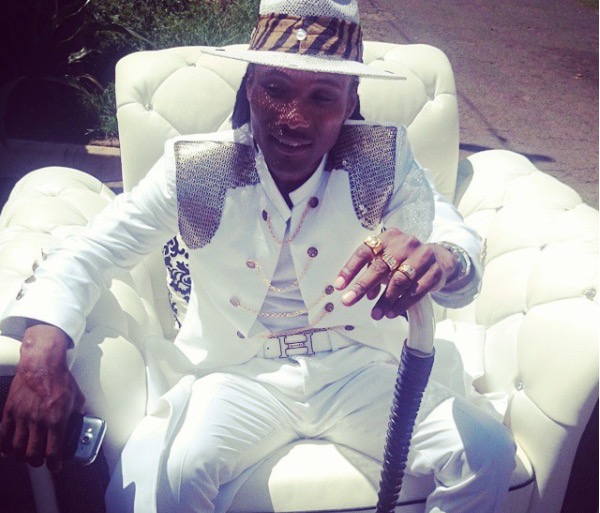 Bhaka Nzama and Pastor Mboro throw massive shade at each other.
Image: Via Instagram

The gloves are off between Prophet Mboro and herbalist-turned-pastor, Bhaka Nzama as the two have been embroiled in a war of words against each other.

Bhaka revealed in August that he changed direction and started his own church, Ekuphileni Power of King Bhaka's God Ministries in KZN.

The controversial herbalist who once made headlines for his flashy lifestyle, fast cars and bling outfits told Sunday Sun that Mboro apparently called him a "fake".

"I don't know what that man wants from me. I've never said anything about him, even when I knew that he was a fake," Bhaka told the publication.

Bhaka further threatened to "expose" Mboro if he did not stop speaking about him.

Speaking to TshisaLIVE, Mboro hit back at Bhaka labelling him a "joke".

"Bhaka is a self proclaimed king. Which kingdom is he representing? There's only one king of kings who is Jesus Christ. He must not come here to confuse and destroy people," Mboro said.

Mboro said that Bhaka should stick to being a herbalist. "Bhaka is a herbalist and I think he must stick to that. He is a joke and I even offered to hook him up with Skhumba since he's (Skhumba)  got a good reputation to school him about comedy," he said.

Mboro claimed that Bhaka's claims about him in the media was apparently a "smear campaign" to destroy his reputation.

Singer Berita is grateful to have escaped unharmed, after an unknown man armed with a machete stormed onto stage towards her at the Kwanokuthula ...
TshisaLIVE
4 years ago

The first teaser of an upcoming biopic based on Oscar Pistorius' life, which includes the 2013 Valentine's Day shooting and killing of his then ...
TshisaLIVE
4 years ago

Being Bonang won't be returning for season 2

Bonang Matheba's fans were left saddened after the star's reality show, Being Bonang aired for the last time on Friday evening.  To add to their ...
TshisaLIVE
4 years ago

Actress Rami Chuene put a tweep back in his lane on Sunday, after she gave "straight people" advice on how to interact with homosexuals, but was ...
TshisaLIVE
4 years ago