Former SABC COO Hlaudi Motsoeneng has taken a break from politics and his court battles to shoot a light hearted music video with musician Dr Malinga, based on his viral hand gesture called "that thing".

Hlaudi made an appearance on Dr Malinga's latest music video for the track Giya Giya and told TshisaLIVE that he loved stepping out of his comfort zone for a second to do a project out of the ordinary.

"Dr Malinga has been asking me for some time to come and be on his music video. I really liked the idea and agreed because the song really speaks to what I stand for. It is about 'that thing'. The Hlaudi thing, I don't change. For me that is my individuality,"" he said.

He said that no matter where he went in Mzansi, people asked him about his popular gesture and to pose with them doing it.

"People love it. They ask me to do ‘the thing’ all the time. I am happy that there is a song about it and I wasn't nervous to shoot the video because I adjust to anything - except singing. I can't sing," he added.

Dr Malinga told TshisaLIVE that he wrote the song, which speaks about Hlaudi's popular gesture, with him in mind and was willing to delay the release of the music video to get Hlaudi on it.

"It was very difficult to get him. We spoke for almost a month and a half before he finally made it to set. It was not that he wasn't willing to do it. It was that he was always in meetings. We would set a day to shoot and then he would phone to tell me he has to postpone because he has to be somewhere. Eventually, he came through and had a lot of fun. He didn't even ask me for a cent to be on the video. If I ever write another song about Hlaudi, he is going to be on the video again," Malinga said.

Take a look at the video below. 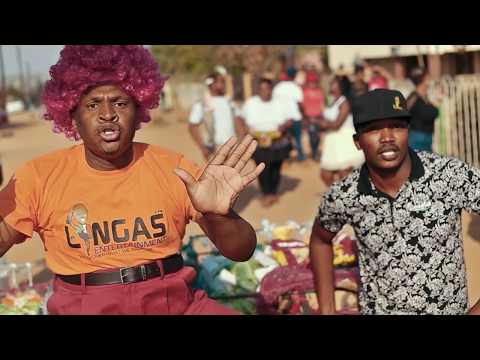