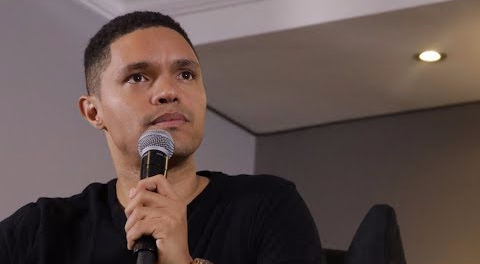 Trevor Noah got the nod of approval from Gayle King

Oprah Winfrey's bestie, Gayle King, had nothing but applause for our guy Trevor Noah. She was asked by US publication, Variety, to write a tribute to Trevor after he made the magazine's New Power of New York list.

She said that while he started off getting resistance and resentment, he has proved himself and gained respect from US and international audiences.

She spoke about his book, where he details his life as a child who had a white father and black mother during apartheid, saying that his past has made him stronger.

"But what didn’t kill Trevor Noah seems to have made him funnier. He has become a sworn enemy of the hypocritical, the phony and the power-hungry. His particular brand of fake news comes from somewhere very real, and his stinging satire is must-see TV for millions of viewers in search of a little sanity or maybe just a few laughs before calling it a night."

Gayle, who is also a US TV host, said that everybody now knows who Trevor is.

"He may have been “born a crime,” but he’s living a life of defiant achievement. And nobody is asking, “Trevor who?” anymore!"