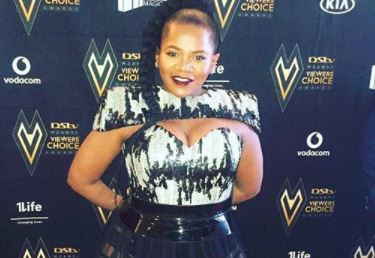 Musician Busiswa has denied all claims that she owes a promoter money.
Image: Via Instagram

Musician Busiswa has denied accusations that she owes a PE promoter R10,000 after she allegedly failed to perform at The Irock Jazz festival late last year, but the promoter is set on getting his money back.

Irock Production's Ian Rockman told TshisaLIVE that Busiswa was billed to perform at the event, but due to bad weather the festival was shut down before her performance.

Ian said he was frustrated because the songstress was paid R10,000 after she approached him to book her at a second event to perform at, while she was in the city.

"Busiswa was booked for the event and was fully payed. She already had another gig in PE and asked me to find a secondary gig for her, which I did. The people from the first event covered her flight and accommodation, the arrangement was that my driver would wait for her to finish at the first event then drive her to my festival. But unfortunately the heavy rain forced us to shut down and I then called to let her know," he explained.

Ian alleged after Busiswa's performance at his festival didn't happen they verbally agreed that she would apparently give him another performance date. Ian believed that this was to honour the R10,000 payment he made to her.

Screenshots of Ian and Busiswa's conversations where she agreed to perform on another date have been provided to TshisaLIVE. However, after several chats with each other things spiraled out of control with Ian threatening to involve his lawyers, while Busiswa said she only agreed to another date out of courtesy.

Speaking to TshisaLIVE, Busiswa dismissed the claims and said she doesn't owe anybody money.

"I don't owe him anything because I went to his event prepared to perform but it rained and he cancelled. It rained and we waited in the hotel room for his transport to come get us and it never did," she said.

Actress Thandy Matlaila's character on The Queen is a notorious flirt and the actress has explained her stance on flirting, saying she has no problem ...
TshisaLIVE
4 years ago

DJ Dimplez has recalled the original artwork released for his latest single after it got major social media backlash for apparently perpetuating the ...
TshisaLIVE
4 years ago

YouTube vlogger, Thulasizwe "Lasizwe" Dambuza has credited Somizi for breaking down stereotypes about gay people in South Africa, and motivating ...
TshisaLIVE
4 years ago

Socialite Pulane Lenkoe was left fearing for her life on Monday evening after witnessing a heist in Johannesburg that she described as the scariest ...
TshisaLIVE
4 years ago