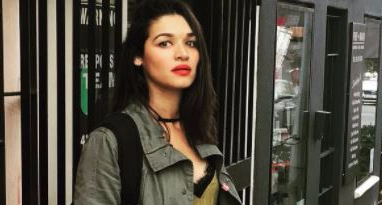 Kim Engelbrecht will be flying the SA flag high with a role on US TV series The Flash.

Actress Kim Engelbrecht said she felt the support (and the pressure) of South Africans around the world after landing a role on international TV series The Flash.

The former Isidingo actress jetted back into South Africa this week ahead of the show's US season premiere on October 10 and told TshisaLIVE  that she was nervous to see how her character would be received by international audiences.

"I don't know how I will be received. I hope that they like my character, but I will just take it as it comes. I am excited to head back and watch the show's debut," she said.

Kim acted on several international productions, including UK series Mad Dogs and American apocalyptic supernatural series Dominion, before landing the role as a highly intelligent engineer called 'The Mechanic' on The Flash. She said she was humbled to be part of the series, which is based on the DC comic book character, and was aware of what it meant to South Africans.

"It was amazing working with actors like Grant Gustin (who plays The Flash) and Neil Sandilands, who is also a South African. I am coming into a show that is the biggest on its network and is already on its fourth season. It has a huge fan base and that comes with a huge amount of pressure. I understand that it is a big show. That it is a big deal (for South Africa) and I just really want to do well," she said.

She said that she saw the role as an opportunity to show what she can do and was inspired by the likes of Trevor Noah, Fana Mokoena, Pearl Thusi and Charlize Theron who had also flown the South African flag high on international productions.

"You have all these people who are doing amazing things and people are becoming more used to the fact that we can do the job. All those people open doors for me. They open doors for all of us. You don't realise how they pave the way for you," she said.

She revealed that she had auditioned for several international roles, but brushed herself off when she was turned down.

Musician Busiswa has denied accusations that she owes a PE promoter R10,000 after she allegedly failed to perform at The Irock Jazz festival late ...
TshisaLIVE
4 years ago