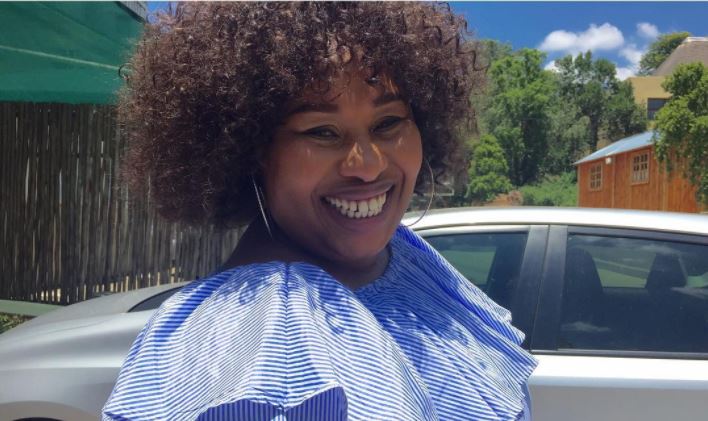 Mimi Mahlasela has responded to a fan telling her she's too pretty to be fat.
Image: Via Mimi's Instagram

Actress Mimi Mahlasela, known for her role as Aggie Ngwenya on popular Afrikaans soapie 7de Laan, is not here for weight critics and put a fan on blast this week after she was told she was "too pretty for a fat girl".

The star, who described herself as "full cream" has been working hard on living a healthy life, but was taken aback when she received the backhanded compliment.

"Someone just told me I'm too pretty for a fat girl. Well, honey, let me serve you this face and full cream sweetheart. Like really, so fat people can't be pretty?" she wrote on social media, next to a picture of herself staring at the camera.

Speaking about the incident, Mimi said she was shocked by the comment but decided to resist the temptation to lash out at the person.

"I didn't know whether to cry or smack them but I quickly realized that I will just kill them with kindness," she added.

The incident came just two weeks after Mimi told fans that she had been told she was too fat for TV. She responded by explaining that she had overcome a lot to fulfill her dream of being an actress and didn't care what people thought of her looks.

"When I started my acting career, I went out to go find an agent and the one agency I saw  told me that I'll never make it because I'm just not a TV girl. But that's not what I wanted. All I wanted do was to act, so I went in hard for it. I didn't care what people thought of my looks," she said.