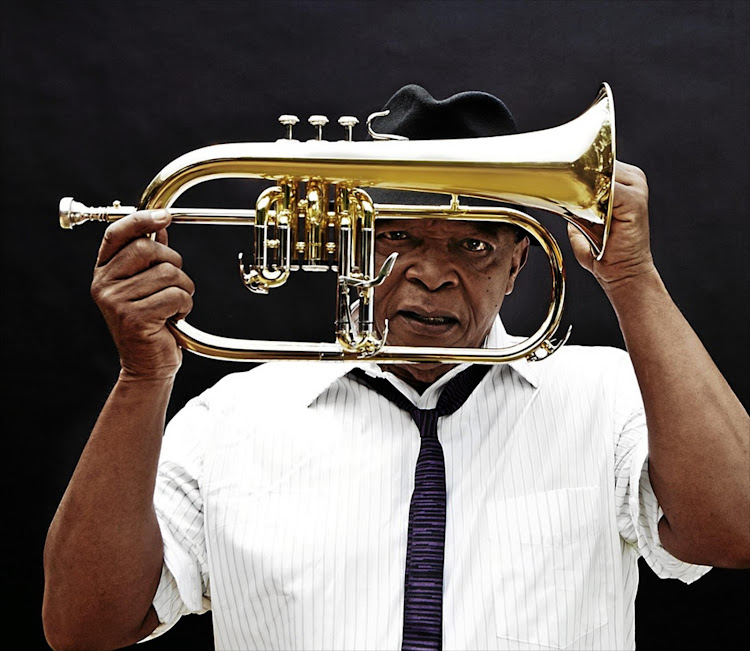 Jazz legend Hugh Masekela has cancelled his commitments for the immediate future‚ saying he needs all his energy to continue his fight against prostate cancer.

In a statement on Saturday‚ he requested privacy going forward “so that I may rest and heal”‚ adding that this would be his only public statement on the matter.

Masekela has been under treatment for cancer since 2008 when doctors discovered a small “speck” on his bladder.

He said the treatment had appeared to be successful but in March 2016 he had had to undergo surgery as the cancer had spread.

“In April 2017‚ while in Morocco‚ I fell and sprained my shoulder. I began to feel an imbalance when I was walking and my left eye was troubling me.

“Another tumour was discovered and subsequently‚ in September 2017‚ I had emergency treatment‚ and the tumour was neutralised‚” he said in the statement.

“It is a tough battle but I am greatly encouraged by the good wishes of family‚ friends and everyone who has supported my musical journey‚ which remains the greatest source of my inspiration‚” the jazz legend added.

He said he was in a “good space as I battle this stealthy disease” and urged all men to have regular tests to check their own condition.

Legendary musician Hugh Masekela has spoken out about his desire to get involved with all things "African heritage" and directing the music in ...
TshisaLIVE
4 years ago

'Africans imitate other people's cultures at their own expense,' says Hugh Masekela

Legendary musician Hugh Masekela has revealed that his 'obsession' with heritage has motivated his strong views against weaves and the increasing use ...
TshisaLIVE
5 years ago