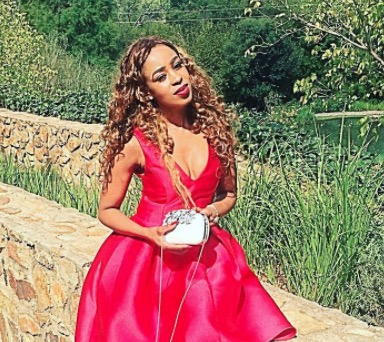 Pulane Lenkoe has moved on from being in an alleged abusive relationship.
Image: Via Instagram

Pulane Lenkoe has revealed to TshisaLIVE that she has found love again and is in a happier space after allegedly being physically and emotionally abused by an ex-boyfriend.

Pulane spoke out for the first time about the alleged abuse through a lengthy social media statement, detailing how she was allegedly beaten by an ex-boyfriend, who she did not name. She also shared pictures, showing injuries to her face.

She told TshisaLIVE that when she decided to finally leave the relationship she was told no man would want her.

"When I ended the relationship he said I will jump from one relationship to another and no man will love me or be with me. He insulted me for three days. People who do these things are not normal. I was beaten when I voiced my opinion," she said.

However, Pulane is unapologetically in love and hopes that her story will encourage other women to walk away from abusive relationships.

"I found love in the arms of one of my ex-boyfriends. My man told my mother that he wants to marry me as soon as possible. He values me and worships the ground I walk on," she said.

Pulane said women are scared to walk away from abusive relationships because they think they won't make it in life.

"If you are in an abusive relationship, walk away. Things won't get better. Instead they get worse and you will never change your partner's behaviour. It's so painful when someone treats you badly and doesn't see anything wrong in that," she said.

In her social media statement, Pulane said she decided to speak out because she needed closure and wanted to move on to the next chapter of her life.

She also opened up about the "damaging" emotional abuse she allegedly had to deal with.

Pulane advised women not to settle for less and said everyone deserves to be happy and loved.

Actor Tumisho Masha is headed to court next month on charges of assault, which have been reinstated by his estranged wife Zozibini Mtongana, almost a ...
TshisaLIVE
4 years ago

Ahead of an on-screen memorial service to be held for Dumi Masilela on Rhythm City on Wednesday evening(18 October), the late actors close friend ...
TshisaLIVE
4 years ago

Seven months after being embroiled in a bitter feud, Nasty C and Dr Malinga settled their beef with an embrace recently at an event.  After a picture ...
TshisaLIVE
4 years ago