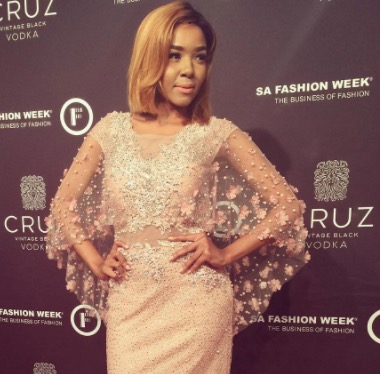 Singer Cici held her head high and was in good spirits when she rocked the red carpet at the official opening of SA Fashion Week on Monday night.

The songstress has been embroiled in a court battle with ex-boyfriend and music boss, Arthur Mafokate for the past few months, after an incident between them allegedly turned violent.

Dressed in a champagne outfit, Cici looked glamorous and was all smiles for the frenzy of cameras.

The singer confirmed to TshisaLIVE that it was her first public event since the alleged assault and that she was in good spirits.

"I feel good. I had to take charge of my life and not let everything come to a halt because of what was done to me. I'm very excited to be out here tonight," she said.

When asked about the court battle between her and Arthur, Cici was shy to comment, only saying that everything was on track.

She said she was focused on making music and encouraged fans to get her latest track, Amandla Akho.

“When I wrote this song I had contemplated taking my own life, but God spoke to me and said, 'I take you through troubled waters because I know the enemy can’t swim.' If you’re going through something right now, here is a message of hope," she said on social media.