Dumisani Dlamini: Sarafina! doesn’t get the respect it deserves in SA 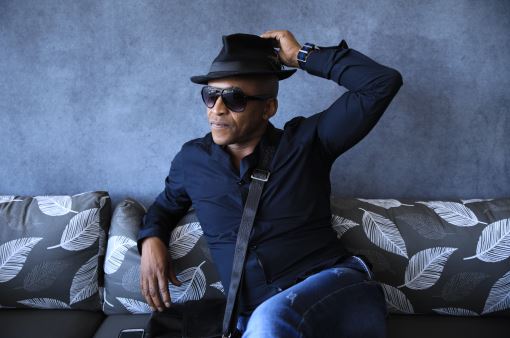 Sarafina! remains one of the most iconic stage plays and films from South Africa and yet Dumisani Dlamini, who played Crocodile, feels Mzansi doesn't give it enough credit for the bounadries it broke in the 80s.

In an exclusive interview with TshisaLIVE, Dumisani revealed the difficulties the young cast members of the original Sarafina! stage play had to endure.

"We found ourselves in America. If I remember correctly, we were supposed to be there for six months, but that wasn't the case. The show was extended to a year. You must remember we were very young and some of the girls were crying to go back home."

He explained that the show was then extended for six years, without "proper explanations" of what was causing the delay to return home. Dumisani said, in retrospect, he realises that they were " in exile" as they would have been arrested had they returned.

He said South Africans don't give the cast and crew the credit they deserve, despite the bravery they showed while away from their family and friends for years.

"Sarafina! was not only an entertainment show, it was a 'struggle' piece of art. It is actually really sad that it is not recognised. We were soldiers on stage, fighting for this country through art."

Having played iconic characters such as Crocodile of Sarafina! , Chester in Yizo Yizo and Mbodla in Isibaya, Dumisani expressed his disappointment at the "failure" of South Africa to recognise "real" talent.

In his over 30 years in the industry, Dumisani has never received an award recognising his talent.

"I have taught myself that maybe South Africa doesn't recognise the talent in actors. Because since I began my career I have never received a single award. For all the iconic characters, I never achieved anything."

The actor told TshisaLIVE that living in America taught him the difference between a star and "just a celebrity". He said the industry in SA is not in a position to make superstars yet, because the value placed on the art of acting is still "cheap".

"When you are a star in America you can feel that you are a star. To be a star you must have money. In the States they pay actors a lot of money to portray certain characters. They (understand) that the character has to live inside of you (spiritually) and it changes your life forever. So they give you millions. In SA, you are just an actor trying to sustain a living."