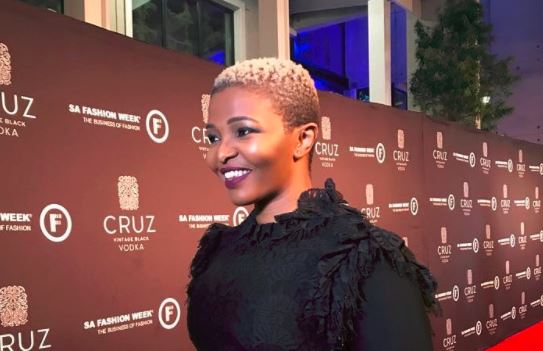 Singer Simphiwe Dana spoke about the car accident she and her son were involved in in 2005.
Image: Via Instagram

Of all the ups and downs Simphiwe Dana has endured, she is most grateful that her son, unborn at the time, survived when she was involved in a horrific car accident back in 2005.

Speaking to the Trending SA panel on Monday night, the songstress remembered the car accident she was involved in when she was eight months pregnant.

The accident happened while she was on her way to a gig in Vereeniging, leaving her seriously injured with a visible scar on her right cheek.

"At the scene of the accident, I remember I was very calm. As much as I was holding my face together, I was the one who was checking if the ambulance had been called, calling my band and telling them what had happened and asking them to turn back because we were on our way to the show."

She said her reaction was strange as the shock only began to sink in a few days later.

"To deal with the scar, it took quite a number of years. I've come to embrace it now. I can't imagine not having the scar that has added character to my face"

She later gave birth to her son, Phalo, whose father is Simphiwe's former manager, Msa Xokelelo.

The singer shared how music has been therapeutic to her. She recently revealed on social media that she is working with DJ Black Coffee on new music.

She impressed fans with The Simphiwe Dana Symphony Experience in 2016 where she was backed by 60-piece orchestra, a 30-piece vocal ensemble and dancers.

Distruction Boyz talk about their passion for gqom music

Durban-based dance duo Distruction Boyz nearly shut down the internet on Friday with the release of their highly-anticipated debut album Gqom is The ...
TshisaLIVE
4 years ago