Pallance Dladla clears the air on his Isibaya future 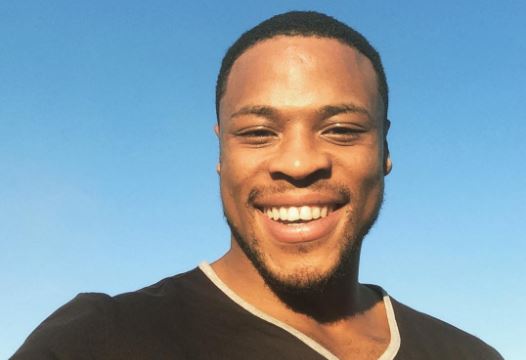 Just months after returning to Isibaya, popular actor Pallance Dladla has hinted at possibly taking another break from the production to shoot other projects.

Pallance, who plays the role of Jabulani Zungu on the soapie, told TshisaLIVE that he could come and go depending on his work load.

"When it comes to Isibaya, I have always approached my career where I do more than one project. That is for my creative growth that I work with different people on different productions. It is just a matter of scheduling. Like this year, I was not on Isibaya until August because I was shooting something else," he said.

Pallance explained that he was still a cast member of Isibaya, despite the breaks he took from filming.

"I am still there. I am still on Isibaya but it is the whole coming and going situation because of scheduling. I love different mediums and Isibaya is a soapie medium. There are other projects lined up so it's just organising my schedule at the moment and making sure there is no clashes. I will be coming in and out but we are still a family," he said.

Pallance's situation is similar to that of his close friend Sdumo Mtshali whose character was recently admitted to hospital and placed on life support, leading to speculation that he might be leaving the show.

Talking to TshisaLIVE, Sdumo said that he was working on several projects outside of Isibaya but fans should keep watching the show to learn his fate.

Earlier this year, Jessica Nkosi left the soapie for several weeks to pursue other projects, only to return two months later.

The Queen's Jerry Maake pulled a Stefano Dimera (waking up from the dead in a soapie) after Twitter was left shook after his onscreen death earlier ...
TshisaLIVE
4 years ago