Cici on dating in the industry: 'It will never happen again' 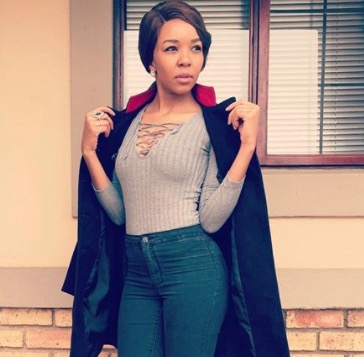 Cici has vowed never to mix business with pleasure in the future.
Image: Via Instagram

Even though the past four months have been an uphill battle for songstress Cici, she has learnt difficult lessons from her journey.

Cici and her ex-boyfriend, Arthur Mafokate are currently embroiled in a legal battle,  after an altercation between them allegedly turned violent in June.

The songstress laid charges of assault against Arthur, who in turn laid counter charges against her, and the matter is being heard in court.

Reflecting on her romantic relationship with Arthur, who was also responsible for launching her career, Cici told Drum magazine she should never have dated in the industry.

Despite everything that has happened between them, Cici said that she was grateful to him for the role he played in her career.

"I will never take that away from him, but I should've stuck to the memo of never dating in the industry. It will never happen again," she said.

Cici said that after five months into their relationship, things apparently started to take a nosedive.

The singer claimed that she felt like she was compromising herself because of the challenges they were facing.

"I felt like I was compromising myself and I wasn't getting anything in return. I was shutting out my friends and family. I was depressed half the time," she said.

Speaking to TshisaLIVE earlier this week at her first official public event, Cici said she was in good spirits and that she had to take charge of her life.

"I feel good. I had to take charge of my life and not let everything come to a halt because of what was done to me. I'm very excited to be out here tonight," she said.

Fans nearly thought that Penny Penny was on a mission to find a missing father when Uthathako host Nimrod Nkosi showed up on his popular reality show ...
TshisaLIVE
4 years ago

Pallance Dladla has some strong views about actors, who he believes feel entitled to roles because of their talent, and don't work hard enough to ...
TshisaLIVE
4 years ago

Despite being popular for his soulful love songs, afro-soul singer Ntando Bangani said he's grateful that the new "revolutionary" direction in his ...
TshisaLIVE
4 years ago

All the fashionistas gathered on Wednesday night for the second night of SA Fashion Week and it was Basetsana Kumalo who stole the show when she made ...
TshisaLIVE
4 years ago