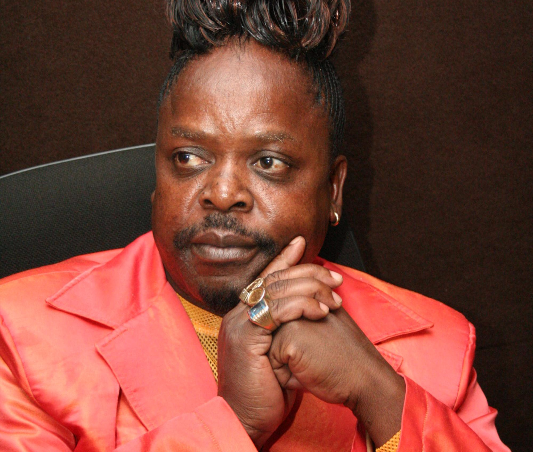 Penny Penny had fans in tears during an interview with Nimrod Nkosi.

Fans nearly thought that Penny Penny was on a mission to find a missing father when Uthathako host Nimrod Nkosi showed up on his popular reality show on Wednesday evening.

But Nimrod was not on the show to run DNA tests, but interview Penny Penny in what was probably the funniest TV interview this year.

With every question about his music and success, Penny Penny became more hilarious until it took everything for Nimrod to not burst out laughing.

On social media, fans were also in tears as they shared hilarious memes and jokes recounting their favourite moments from the interview.

#PapaPennyAhee Nimrod is just like "TF you talking about nigga" pic.twitter.com/Hl5ZaSISHz

#papapennyahee "once you are popular,you earn a category of Jesus" lol even Nimrod ddnt understand this pic.twitter.com/xjU8G21SvF

Nimrod:what was the recipe for ur success in music#PapaPennyAhee: thats a good answer? 😂😂😂 yes Papa butcher that english😂😂😂🙌 pic.twitter.com/6LWqTvdu2u

Thank you for me to invite you and coming... #PapaPennyAhee pic.twitter.com/emtxTLmhIk

They were also in tears when Penny Penny exclaimed that he would not buy a ring for his missus because he was her ring.

Papa Penny forever avoiding to buy things
"I don't buy my wife flowers because I am a flower"
Today he's a ring 😂😂 #PapaPennyAhee pic.twitter.com/9YlrwYB1l6

#PapaPennyAhee is just full of tricks:
Buy me flower- im a flower myself
Ring- im a ring
Go to church- im a church myself pic.twitter.com/or0qKeATUM

Musician Chad Saaiman has revealed that doctors were shocked at his miraculous recovery after he was shot in an attempted hijacking, which left him ...
TshisaLIVE
4 years ago

Tweets from 2015 about Lerato Kganyago have resurfaced in the "Thicklee" social media trend, causing the radio DJ to call out Thickleeyonce for ...
TshisaLIVE
4 years ago