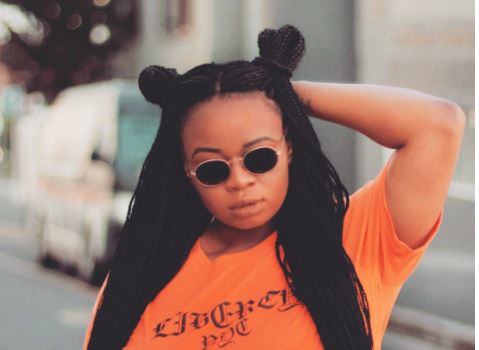 Photographer and plus-size model Thickleeyonce has decided to no longer address the hate she gets.
Image: Via Thickleeyonce Instagram

Popular photographer and plus-size model Lesego "Thickleeyonce" Legobane has shown social media trolls the middle finger and has vowed to return to the runway following the hate she received this week.

Thickleeyonce was ridiculed and body shamed by Twitter users on Wednesday after a video of her walking the ramp at SA Fashion Week went viral. The model was criticised for her weight and the way she walked by trolls who flooded social media with messages and memes.

Speaking to TshisaLIVE several hours after she revealed the hate had made her so upset that she cried until she vomited, Thickleeyonce said she would not allow the abuse to impact her life or future plans.

"I am not a robot. I have feelings and I am not ever going to suppress my feelings because I am always expected to be strong and just take the hate. There are days that it hurts and the last two days have been those days but I have closed that chapter. I have cried about it and moved on from it. I am going to continue to live my life the way it makes me happy without caring about other people's opinions. I have been living like this my whole life and I am not going to stop because of a number of people."

Despite the backlash her SA Fashion Week debut got, Thickleeyonce said that she would jump at the chance to return to the ramp.

"I'll definitely return to the runway to model again. Without even thinking twice about it," she said

Even though Thickleeyonce has been applauded for standing up for herself, against the hate,  she said she was tired of constantly getting hate and had decided not to respond to the hate anymore.

"Sometimes people catch you on a day where you are dealing with whatever you're dealing with and it all comes tumbling down and you have to deal with everything. But I cannot let people get to me to the point where I can't live my life or have to go for therapy. People don't have that much power over me and I will never let them have that power over me," she added.

Tweets from 2015 about Lerato Kganyago have resurfaced in the "Thicklee" social media trend, causing the radio DJ to call out Thickleeyonce for ...
TshisaLIVE
3 years ago

Thickleeyonce strongly defended Gigi Lamayne against a troll who mocked her for stretch marks on her thighs and buttocks.   The plus-size model, real ...
TshisaLIVE
3 years ago

Photographer and plus size model Lesego Legobane better known as Thickleeyonce's classy clapback at a guy who attempted to body shame her, has won ...
TshisaLIVE
4 years ago