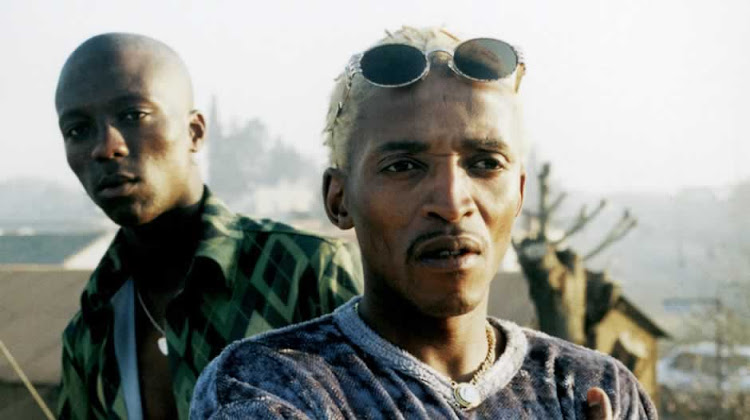 Yizo Yizo was one of the most popular series on TV in the late 90s.
Image: Supplied/ Bomb Shelter Productions

The gangster drama series was one of the most popular shows on TV in the late 1990's and early 2000's and helped launched the TV career of several high-profile actors such as Meshack Mavuso, Ronnie Nyakale, Sthandiwe Kgoroge, Thembi Seete and Israel Makoe.

The show was brought back to life through the SABC's Encore channel which airs content from the broadcaster's archives.

Many users were too young to be allowed to watch the series when it originally aired, having been banned by their parents from being in the room when it was on, and celebrated the chance to watch it properly.

I was never allowed to watch #YizoYizo when I was younger!
Issa dream come true! 💃 pic.twitter.com/vmlttnbi0y

We get excited when Yizo Yizo is playing because we all werent allowed to watch it growing up #YizoYizo pic.twitter.com/RwVrOzRdw3

If u can't watch #YizoYizo now it means your parents are still alive and u still live under their roof😂😂😂😂 pic.twitter.com/iM6x3So7ht

my dad always switched off the tv n told us to go sleep, i got my own place nigga😂😂😂😂
#YizoYizo

#YizoYizo is rated "13 PG" on SABC Encore . My childhood was a lie . What happened to "16 SNVLP" pic.twitter.com/HTz5GZMsbk

#YizoYizo
You know I always thought the school uniform was black and white stru! pic.twitter.com/Q9jwGlAmqt

Remember how kids who were allowed to watch #YizoYizo used to talk about it at school.

Metro FM radio host Dineo Ranaka got into a heated argument with Twitter users this past weekend after she used the word penis in an interview with ...
TshisaLIVE
4 years ago