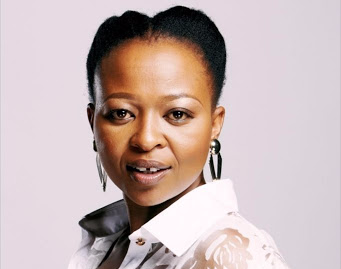 Manaka Ranaka is an important part of The Ranakas reality show.
Image: Supplied

Generations: The Legacy actress and reality star Manaka Ranaka has been in the industry long enough to pick her battles, and is ready to take on anyone who is looking to troll her over her family's reality show The Ranakas.

The second season of the Mzansi Magic series has received mixed reaction from fans since it returned to screens last month, with some suggesting it was no longer as funny and dramatics as its debut season.

Manaka said she was willing to accept criticism from fans as long as it was constructive and the approach was appropriate.

“I’ve had a little bit of fun putting some people in their place. People often think they are the only ones that can be negative, but I taught a couple of 'fans' that I am very capable of stooping to their level to teach them a lesson. Most of them don’t know that we often don’t answer (to cyber bullying) because we choose that option. It is not because we can’t do it when pushed.”

The star also slammed criticism that the show was not "glamorous" enough.

“It wouldn’t be a reality show if we had to be 'glamorous' because that is our reality. It’s not who we are. We don’t lead 'glamorous' lives. People that love the show, love it because they can relate to us. I think it would be awkward if we created something that we are not; I mean we are in Leondale not Dainfern. We have to stay true to who we are,” she said.

Manaka said she relied on her army of fans to help her fight off trolls and used comedy to deal with most haters.

Manaka revealed she’s using this ‘funny bone’ to write and co-produce a comedy show she hoped will get commissioned soon.

“I am working on a comedy show, with an awesome creative team and we’re hoping to get picked up and wow Mzansi with a couple of laughs. I will be planning and producing the show,” she said