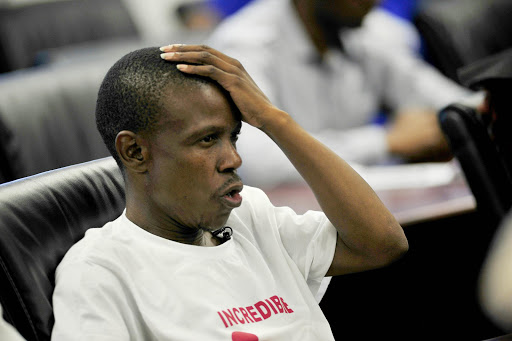 Just days after news that an episode of his TV show was canned by Soweto TV for allegedly showing a couple having sex, pastor Paseka Motsoeneng, better known as Pastor Mboro, is planning to have a special service to pray for sex-starved congregants.

Speaking to TshisaLIVE this week, pastor Mboro said the station's decision to cancel the episode inspired him to help others who were having troubles in the bedroom.

He said that he would be holding a special meeting at his Incredible Happenings Ministries this weekend to pray for those who struggled with sexual problems.

"We cannot help just two people, we need to help the whole nation. That is why I am going to have couples come to the service and I will pray for them. People must not be shy," he said.

Recent reports in Sunday World alleged the pastor got into hot water with Soweto TV bosses after he asked a TV crew to document him helping a couple with their sexual difficulties by touching each other, only to later discover the couple having sex.

He explained that the couples would need to put their hands on their genitals while he prayed for them, in order for the miracle to happen.

"We will then go with them to their houses and they will touch each other under the sheets while we for pray them. We want the miracle to happen in the bedroom where the problem is," he added.

The pastor had apparently invited media to cover the sermon and home visits, so that the "testimonies" can be shown to those not there and may be struggling with the same problems.

"There must be proof. I want to show people that I am telling the truth when I say I help them," he said.

Mboro said that he was still in talks with Soweto TV to air the original episode cut by the station.

"My only concern is that I want the testimony to be aired. I told the camera crew to blur out the couple having sex but it is important that they (the couple) have the right to share their testimony," he said.

Soweto TV community liaison manager Jonathan Ramotsei refused to comment on the incident or their relationship with Mboro, but confirmed that the pastor's TV show had not been canned completely.

"The concern was just around the episode and the series will continue," he said.

Pastor Paseka Motsoeneng, better known as Pastor Mboro, is determined to make sure that an episode of his show on Soweto TV that was apparently ...
TshisaLIVE
4 years ago

While Bonang Matheba was undoubtedly the star of reality show Being Bonang, it was the TV personalities right hand woman Pinky Girl that stole the ...
TshisaLIVE
4 years ago