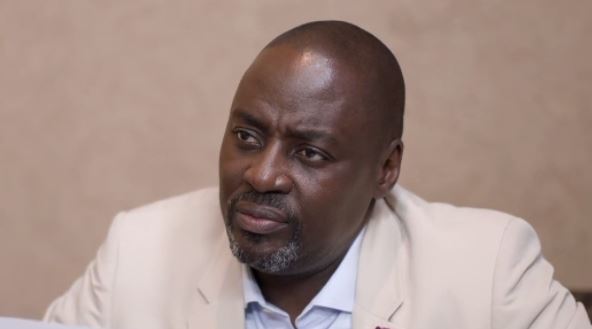 Host of Utatakho Nimrod Nkosi has to break the news of who the real father is to people seeking answers
Image: Via Twitter/Utatakho

Fans of Mzansi Magic's reality series Utatakho were once again left shaken on Tuesday when one of the contestant's mother allegedly had her past "secrets" spilled.

The show's host Nimrod Nkosi set out to try help contestant Bikiwe find her real father but ended up allegedly unearthing a  number of secrets about her mother's past.

Bikiwe's mother refused to appear on television but as the show dug deeper into her past, it was claimed that she had allegedly cheated and allegedly scammed Bikiwe's potential father by 'running away' with his money.

Twitter was left in disbelief but had the perfect memes for their emotions:

Her mother has really failed her to be honest. #Utatakho pic.twitter.com/TI4y4QbJI2

#utatakho raise ur hands if u wana c the mother pic.twitter.com/5zvmVwvRBa

Bikiwe's mother mara...aowa lena nna am defeated...some women you would ask yourself why they are so heartless so. #Utatakho pic.twitter.com/AuSVB3Pvc2

There is violence in the DNA, its the twins beating the child..the "father" beating the "tramp" mother 😂😂😂😂 #utatakho pic.twitter.com/rJHSHrKmJS

Musician Winnie Khumalo is still recovering from surgery to remove an abscess that developed in her buttocks, but put aside her health challenges ...
TshisaLIVE
4 years ago