I can't lose weight because it's who I am, says kwaito star L'vovo 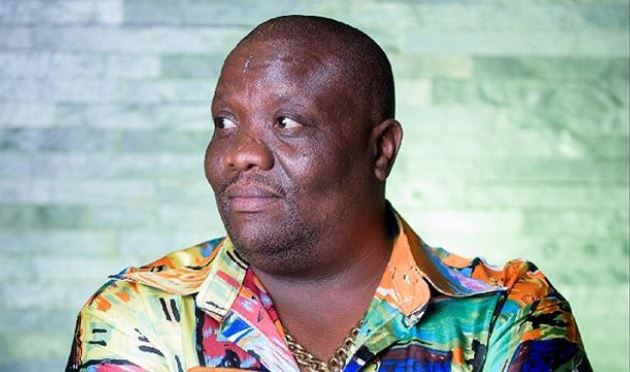 L'vovo opens up about his weight.
Image: Via L'vovo's instagram

Kwaito musician L'vovo Derrango has shrugged off suggestions that he needed to lose weight, claiming that his size made him who he is.

The star told TshisaLIVE that he was concerned about his stomach, which was "getting bigger" but said that he was still fit enough to dance and perform on stage

"Right now the concern is my stomach, because it is getting big. But my weight is still fine because if you put me on stage I will give 120 percent. I can't lose weight because it's who I am, when you speak about L'vovo, you speak about the weight," he said.

L'vovo had planned to run the Comrades Marathon a few years ago, as he looked to work on his health, but gave up after failing to qualify.

"I took up running because I always try to do things that people think I cannot do but unfortunately I didn't qualify. I haven't run since then because I needed to return to studio to make music," he said.

He said that despite his growing frame, jokes about his weight did not concern him.

"I make it easier for people like me because even if I am teased I am comfortable with who I am and can do anything. Jokes are jokes. I don't take things personally. There are more important things in life."

One of these is the issue of people "abandoning their roots", which L'vovo speaks about in his latest single Ngiyabuya December.

"The song is about people needing to go back home during the festive season and not forget where they come from. They must bring money for their family and nice treats for the kids. For me, music is a lesson and I want to teach people that they must go home. Nowadays, people don't and children aren't able to go to school the next year because people don't bring money. I want to remind people that home is where they were raised and they mustn't forget that place," he said.

WATCH: Distruction Boyz' Omunye gets a shout-out in parliament

Gqom group Distruction Boyz are over the moon after their hit single Omunye was mention in parliament this week, to fits of laughter from politicians ...
TshisaLIVE
4 years ago

Just days after news that an episode of his TV show was canned by Soweto TV for allegedly showing a couple having sex, pastor Paseka Motsoeneng, ...
TshisaLIVE
4 years ago

While Bonang Matheba was undoubtedly the star of reality show Being Bonang, it was the TV personalities right hand woman Pinky Girl that stole the ...
TshisaLIVE
4 years ago