Winnie Ntshaba on soapie return: I think I am ready 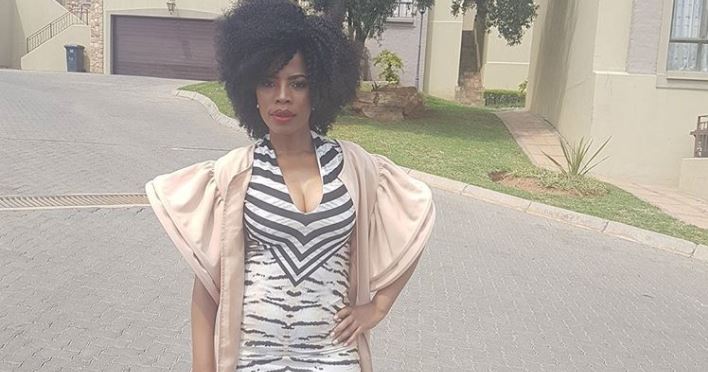 Winnie Ntshaba has made a handful of TV appearances since leaving popular SABC 1 soapie Generations in 2014, but she said she is ready to return to acting.

Winnie was part of the 16 actors cut from Generations over contract disputes and told Bridget Masinga on Kaya FM that she has enjoyed her time away from screens.

She said that she needed to detox from her popular Generations character Khethiwe, but missed acting.

"I am loving owning my time but I do miss acting now. I think I am ready (to return). I also needed to detox from Khethiwe. I needed to get rid of Khethiwe. But it feels like I will never get rid of her. I am owning it now."

The businesswoman and founder of the Royalty Soapie Awards made brief appearances on Mzansi Magic's The Road , e.tv's Broken Vows and MTV's Shuga after leaving Generations.

In an interview with Drum earlier this year, Winnie opened up about her time on Generations and admitted the actors may have overreacted.

"Maybe we overreacted there. We all had our own dressing rooms - we were treated like stars. I had been there for 10 years and became comfortable and took certain things for granted. I've realised the way things are done elsewhere is totally different. I've done outside shoots and it's rough out there. But everything happens for a reason and I need to evolve, to adjust and to learn how others are doing it."

Cassper Nyovest's gardener Innocent became an overnight sensation this week after appearing in an advert for the rapper's FillUpFNBStadium concert ...
TshisaLIVE
4 years ago

Even though Generations The Legacy actor Kope Makgae is considered a celebrity, he insists that he hasn't been consumed by the "fakeness" that ...
TshisaLIVE
4 years ago

Benny Maverick has cleared the air on the meanings of two of his biggest hits this year, explaining that Memeza and Omunye were simple party songs ...
TshisaLIVE
4 years ago

Former Generations actress and businesswoman Sophie Ndaba has been hard at work on a reality show she hopes will make it to screens next year.
TshisaLIVE
4 years ago

Cassper Nyovest has cleared the air on lingering speculation that his music rival AKA may join the line-up for his #FillUpFNBStadium concert next ...
TshisaLIVE
4 years ago