Zola Nombona on Kgomotso Christopher: Her support is amazing 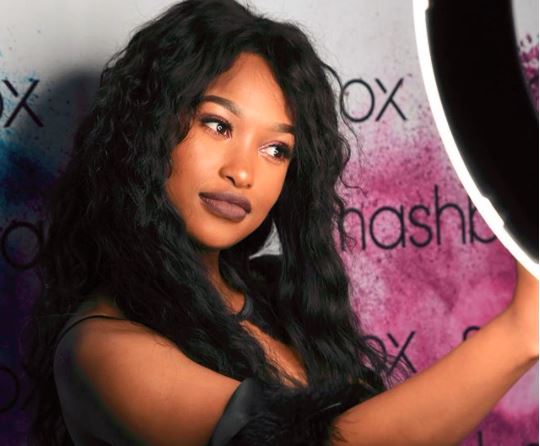 Amidst the 'pull her down syndrome' that most people complain about in the entertainment industry, Zola Nombona has highlighted fellow actress Katlego Christopher for giving her props as a supportive figure in her career.

The inspiring conversations was sparked by Kgomotso's remarks about the performance displayed by actresses on the theatre stage production Children's Monologues.

Speaking to TshisaLIVE, Zola shared the story of how Kgomotso gave her a chance in her first audition back in 2013 for Intersexions when she auditioned in front of her.

"It was back in 2013 and I was glad it was Kgomotso, because she works with merit when she was searching for talent. It didn't matter that I was female or not. That is the type of person that she is. She looks out for the art," she said.

Zola added that if people look  at female-to-female relationships in the industry, the support that she has received from the established actress was "amazing".

"In this industry, there's a lot of competition between females because we all want a piece of the pie and sometimes it looks like it's not enough. But having someone like Kgomotso, who has literally supported me from day one and have them around to see me grow into the potential they saw in me, is amazing."

The actress said she hopes to also be that person for other young girls in the industry because she valued the support she has received herself.

This was not a charity theatre night...it was a powerful, moving spiritual experience. This is what happens when genuinely talented, passionate, skilled artists take to the stage. Absolute magic. Take a bow ladies👏👏👏👏 https://t.co/jADdni2Be8

I'll never forget the smile on your face every time I turned your direction 😍 (well that's before the monologue got deep) https://t.co/3JM1hbteLG

Aaaw Zola. I literally woke up this morning, headed to set, re-inspired...just by virtue of the artistry I witnessed last night. You know my love & awe of your craft is deep...from that very 1st audition💖. Your star keeps rising. Shine, young & gifted lady🙌🙌 https://t.co/l4iPanCMXp

My very first acting audition was with you, you saw potential in me and put me through to the second round. Seeing you Monday night felt like a divine meeting from Christ. Thank you, for everything. I love you and will keep making you proud ❤️💋 https://t.co/ULgS3vV6Fl

Serena Williams is getting married this week - here's what we know

According to several international reports, tennis star Serena Williams is set to tie-the-knot this week in an intimate ceremony attended by close ...
TshisaLIVE
3 years ago

In addition to singing, South Africans have mastered the art of dealing with disappointment through comedy and after Mzansi lost the bid to host the ...
TshisaLIVE
3 years ago

With just three weeks left of this year's competition, fans of the Vodacom NXT LVL TV talent search are already predicting who will walk away with ...
TshisaLIVE
3 years ago