'I was constantly tormented' - Dineo Moeketsi on being bullied 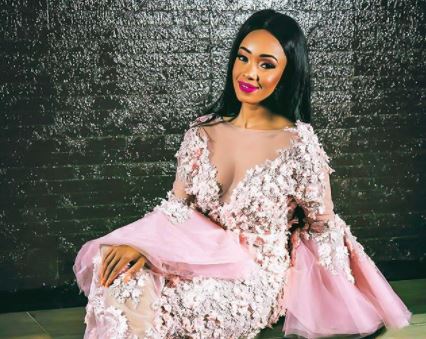 Actress Dineo Moeketsi has detailed the bullying she endured in high school.
Image: Via Instagram/Dineo Moeketsi

When actress Dineo Moeketsi thinks back to her years at high school, it is hard for her to ignore the bullying she endured at the hands of her peers.

During an interview on Real Talk with Anele Mdoda, Dineo who is the daughter of celebrated radio host Kgomotso 'KG' Moeketsi, revealed that her mother's fame and her looks were among the things other girls picked on her about.

"I'm going to be very honest with you, there were also struggles of bullying around that time. Yeah, so you in this space as a kid where you trying to hone this creativity that you got but you also have challenges because your mom is quite big and other children don't know how to deal with that."

Dineo added that she was constantly "tormented" and was once told she thought she was better than everyone else because of her mom's fame.

"It feels like it's never ending for the most part. It's not like you going there and you're being pushed around like it's in the movies, it's not like that. But at the same time, black girls are often prone to violence because it's such a 'norm' in the black communities. Their default setting is, 'I'm going to threaten you with violence'."

Dineo said she only opened up about being bullied years later when she had made it into the entertainment industry. Even though Dineo still has a fear of being laughed at, exercise has helped her overcome that.

"Even if you are fearfully out of breath, get on that wagon. My whole life I was afraid that people would laugh at me," Dineo told Sowetan in 2015.

"What I love about gym is that we are all sharing some sort of insecurity about our bodies…think of it as a shared load. Remember everyone is going through the same thing," she said at the time.

Rapper Cassper Nyovest has slammed tabloid reports that he is expecting a child with his "girlfriend", telling fans that he would let them know if he ...
TshisaLIVE
3 years ago

Funny Chef Lebogang Tlokana: I bullied myself, so bullies don't faze me

Behind every colourful personality is a potjiekos of experiences and upcoming comedian and professional chef Lebogang Tlokana, better known as Funny ...
TshisaLIVE
3 years ago

DJ Zinhle: I was scared of falling pregnant in the industry

Being a mother to little Kairo is undoubtedly one of DJ Zinhle's highest callings and source of joy, but the DJ has revealed that she was scared to ...
TshisaLIVE
3 years ago

Generations The legacy actor Kope Makgae has slammed some celebrities from Limpopo for being "captured" by the city of gold and forgetting to go back ...
TshisaLIVE
3 years ago

Miss SA Demi-Leigh Nel-Peters is currently in Vegas in preparation for the Miss Universe pageant to be held on November 26. Pundits have named her as ...
TshisaLIVE
3 years ago