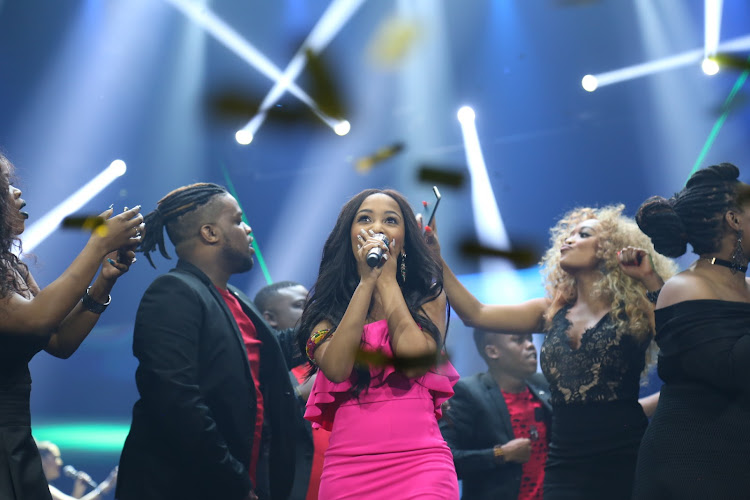 Cape Town teenager Paxton Fielies bagged the most votes to become one of the youngest winners of Idols SA 2017.

The petite 17-year-old won the title at a spectacular finale at Carnival City in Johannesburg on Sunday evening.

Fielies received the majority of the viewers' votes when she and Mthokozisi Ndaba‚ 25‚ from KwaMashu in Durban‚ made the final two after months of battle against thousands of contestants.

On Sunday‚ accompanied by the multi award-winning Soweto Gospel Choir‚ Fielies performed Stand Up for Love by Destiny’s Child and Ndaba sang R. Kelly’s The Storm Is Over. They also collaborated on a remix of Back To The Beach by Kyle Deutsch and Shekinah.

An excited Fielies‚ who sacrificed her Grade 11 year‚ said she had decided with the support of her mother that 2017 would be a risk-taker year.

"It was a risk worth taking. But I intend completing my studies while doing gigs and shows. My goal is to make it internationally.

"The highlight apart from winning Idols was performing on my birthday during the season‚" said Fielies.

Fielies said she knows people appreciate her talent and will continue to support her.

She said every week was a difficult week as you didn't know who was going home‚ on top of learning a new song.

"But here I am because I worked very hard to be where I am. I celebrated every performance knowing how hard I worked. I did receive criticism sometimes but I didn't let it get me down."

Fielies will begin recording her album in January.

Watch their performance below:

Singer Loyiso Bala and his wife Jennifer are expecting their second child together. Jennifer made the announcement on social media after posting a ...
TshisaLIVE
3 years ago

Miss SA Demi-Leigh Nel-Peters is currently in Vegas in preparation for the Miss Universe pageant to be held on November 26. Pundits have named her as ...
TshisaLIVE
3 years ago

Chomee on facing the music world alone: It's a process of trial & error

When you think of musician Chomee, you automatically think of Arthur Mafokate and his record label, 999 Music. That was then though and now the ...
TshisaLIVE
3 years ago

Thomas Gumede: I think Thuso Mbedu is going to win an Emmy

Thomas Gumede has thrown has joined the chorus of South Africans confident that actress Thuso Mbedu will walk away with an international Emmy at the ...
TshisaLIVE
3 years ago