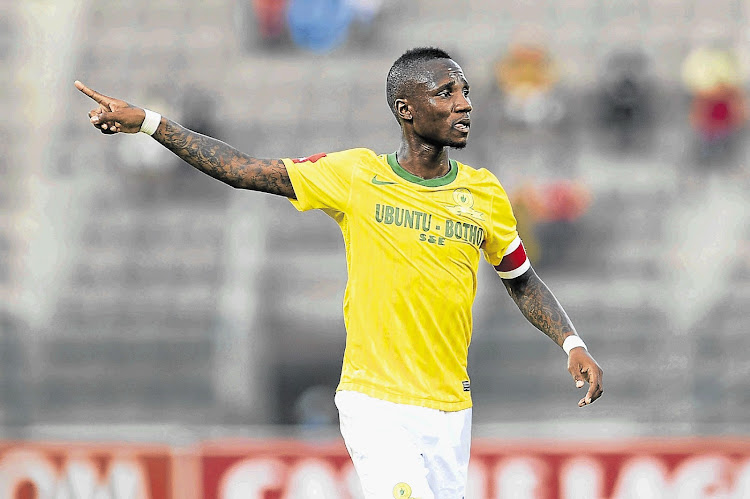 After years of hogging headlines for life on-and-off the field, soccer star Teko Modise is set to give the nation a first hand account of the trials and tribulations he's faced behind closed doors with the release of his tell-all memoir, The Curse of Teko Modise.

The book focuses on Teko's love for soccer, which was also the reason he was kicked out of home at eight-years-old, and gives fans a glimpse into the price he has paid for stardom.

One day Teko was living the dream, driving an Aston Martin and the next day his life nosedived, leading to excessive drinking and his marriage being on the rocks.

In an extract from the book provided exclusively to TshisaLIVE, Teko opened up about the foundation of his marriage to his now ex-wife Felicia Modise, and the anger he felt in their relationship.

The chapter starts off explaining how Teko and Felicia met at a braai, and even though she wasn't "love-at-first-sight" for him, they enjoyed each other's company. A year later Teko said he received a call from Felicia to say she was pregnant.

The soccer star described how the first emotion he felt was anger towards himself for being irresponsible and for impregnating a woman he didn't know "that well".

"It wasn’t the kind of situation where I planned for Felicia to be the mother of my child and my wife. It kind of just happened, but then it had to be her."

Despite the emotions he felt, abortion was not an option and Teko knew he had to do what was "right."

"I knew at the time that, irrespective of who the woman was, I was never going to suggest or try to persuade someone else to get an abortion. At the time, I was frightened. I was scared of so many things. I made so many of my decisions out of fear. I didn’t think things through. Every time I did something, I was scared of how the public would receive me. I would end up choosing what I thought looked right rather than what I wanted to do," he wrote.

Teko said that when they decided to get married, Felicia was well into her pregnancy and that their wedding day was no big affair.

"There was no big ceremony. They didn’t have a big party with friends and family and didn’t go through the stress of wedding planning. No venue was chosen and no flower girl assigned. No one walked Felicia down the aisle, and no one made a speech for Teko. It was not the happiest day of their lives," reads the extract.

The soccer star said that everything happened so quickly, but despite this, he wanted to give his family a more stable family life than he had.

Teko said he told himself, "the situation is what it is and it ain’t what it ain’t. I need to accept it and in the midst of accepting i,t I also need to try to make it work."

Soon his life spiralled out of control.

He compared the tumultuous period of his life to a stack of plates being shattered into tiny little pieces, and instead of picking up the pieces, he swept it under a carpet.

Teko admitted that their relationship was not built on a strong foundation, which he said led to him feeling angry at himself.

"I was still having difficulties with Orlando Pirates. The papers were after my neck. I was okay with being at war when I left home, I expected it, but when you get home as a married person, you look for peace. When you are not even at peace in your own house, then you need to make changes."

Teko said that as everything continued to mount against him, he was not willing to sacrifice his soccer career for a relationship that was "not even built on love".

Written by Nikolaos Kirkinis and published by Jacana Media, the book is currently available at bookstores across the country, but will officially be launched on November 28.

'The whole thing's been blown out of proportion' - Mthokozisi's camp

Idols SA's 2017 runner up Mthokozisi Ndaba's representatives have come out to clear the "sore loser" claims that have been making rounds on social ...
TshisaLIVE
4 years ago

The Broadcasting Complaints Commission (BCCSA) on Tuesday morning dismissed complaints that remarks made by comedian Tumi Morkae constitute as hate ...
TshisaLIVE
4 years ago

Even though Mthokozisi lost out on the coveted Idols SA title on Sunday night, Mzansi has joined forces to remind him of his talent through an ...
TshisaLIVE
4 years ago

Benny Maverick: Being independent is the hardest thing in the world