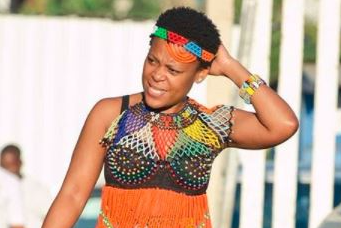 As Zimbabweans around the world celebrate the resignation of former president Robert Mugabe, SA dancer Zodwa Wabantu has u-turned on her decision to not perform in Zimbabwe until she had received a letter from the statesman.

Zodwa told TshisaLIVE  she was overjoyed at the news of Mugabe's resignation and immediately contacted her agent in Zimbabwe to plan a new tour in the country.

"I am happy about the announcement and we are already planning to go to Zimbabwe. We are talking with our promoter to find dates and are in the process of coming up with something ," she said.

Zodwa announced last month that she had cancelled her recent Zimbabwe tour because she wanted a letter from Mugabe assuring her safety while in the country. Mugabe had earlier criticised Zodwa for not wearing panties while performing.

Zodwa is already booked for gigs during the festive season but said she was working to clear her schedule for an entire weekend to perform in Zimbabwe.

She hailed Mugabe's resignation as the start of "a new independence day" for the country and congratulated its citizens.

"I will be coming soon. I love all my fans there and they must celebrate as much as they want and uplift the country," she added.

Despite once dealing with crippling self-doubt, Pamela Nomvete said that she found solace in the way her Generations character Ntsiki affected fans, ...
TshisaLIVE
4 years ago