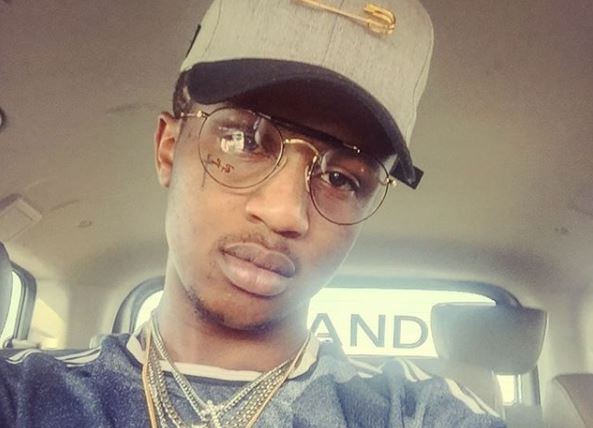 Rapper Emtee has taken shots at Cassper.
Image: Via Instagram

Emtee has lambasted Cassper Nyovest, accusing the rapper of trying to score cheap points at his expense and not giving him enough respect.

Speaking to TshisaLIVE, Emtee said that he felt disrespected by Cassper and vowed to never work with the rapper again.

"I will never work with him. He has been blowing up my phone telling me we need to work together, but I told him he must come past my crib. Maybe he is scared to do that because of my crew. I am angry because of a whole bunch of things. When I got awards they were saying I was buying awards. When I bought a crib they said Ambitiouz (Emtee's record label) bought the house. He hasn't congratulated me and these things add up."

Emtee also claimed that Cassper made jokes at his expense after a video of his genitals went viral on social media last month.

"As a supposed big hommie he should be supporting me, but he's always making jokes about me and acting like he is better so that he can get likes on social media. Is he a comedian or a rapper?"

Cassper infuriated Emtee's camp after he respond to criticism from the Roll Up rapper's producer about his stance on weed. The producer had tweeted that Cassper was always "talking sh*t about weed" and questioned whether he was a rapper or someone who just rapped.

“What are you saying my man? I have to smoke weed to be a rapper ? Or I have to praise it to be a rapper ? Well, I don’t smoke weed or think any high of it. Pun intended. I also don’t advise any kid who looks up to me to ever try weed or rely on it for creativity. It’s a lie.” Cassper said in response.

Emtee claimed that half of Cassper's camp smoked weed and said that he had no right to shade musicians.

"I saw his comment and I don't understand what he is trying to do. I'm not killing anybody," Emtee added.

Attempts to get comment from Cassper and his team were unsuccessful.

Even though Pinky Girl who became a household name through Bonang's reality show is determined to make it in the world of showbiz, getting used to ...
TshisaLIVE
4 years ago

It has been confirmed to TshisaLIVE that Idols South Africa runner-up Mthokozisi Ndaba is receiving "assistance" after the finale on Sunday night ...
TshisaLIVE
4 years ago

After years of hogging tabloid headlines for life on-and-off the field, soccer star Teko Modise is set to give the nation a first hand account of the ...
TshisaLIVE
4 years ago