Three parenting gems out of the 'Papa Penny bible' 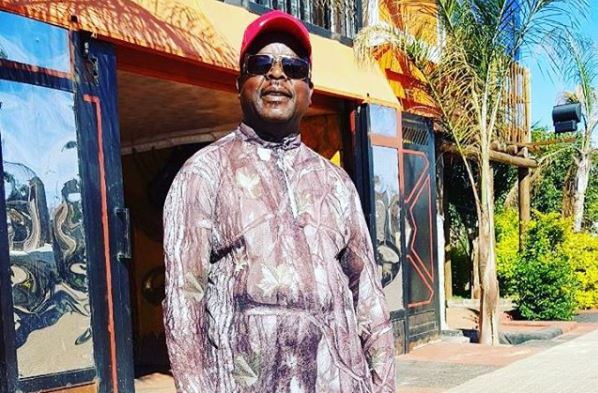 Musician and reality star Papa Penny Penny has got this TV thing on lock and after Wednesday night's episode of his hit reality show, fans think he might just have parenting down too.

The hilarious star had fans rolling with laughter after he dished out some valuable advice to both his children and viewers at home, quoting the 'Bible' to get his point across.

It was all too much for fans who claimed the star had written his own bible, the "Papa Penny Bible".

Respect your parents before God

Papa Penny is no stranger to making statements about God that have left fans confused. A week after claiming that God came from gold, Penny told viewers that God wanted children to respect their parents before they even respect him.

Lol the bible says “Respect your own parents before you respect me” hahaha which bible is this now?! GAZA BIBLE #PapaPennyAhee pic.twitter.com/DyvxZVwPPj

If your child doesn't have your surname, leave them out the will

Papa Penny has 18 children of his own and so devised a way for them to all have a fair share of his estate when he dies. He announced recently that he was going to only put the children in his will if they took his surname.

He brought it up again in a conversation with his son Bafana on Wednesday but Twitter was only interested in the eye-candy on screen.

Papa Penny had fans in stitches when he decided to start a search for another of his children, speaking about his role as a father he said that he was not fake and could not fake his children.

Cue a flood of memes and messages from Twitter users sharing surprise at his statement.

"I'm not a fake and I cannot fake my children" 😅😂 #PapaPennyAhee

Even though Khuli Chana dropped an album for the first time in three years at the start of 2017, he plans to take back to his roots of the Motswako ...
TshisaLIVE
4 years ago

Sho Majozi: Papa Penny is not my father

Musician and actress Sho Majozi may be one of the hottest artists to come out of Limpopo at the moment but that doesn't mean she is related to one of ...
TshisaLIVE
4 years ago

Skolopad is determined to prove to haters that just like a force of nature and allergies she's here to stay, which was also the inspiration behind ...
TshisaLIVE
4 years ago