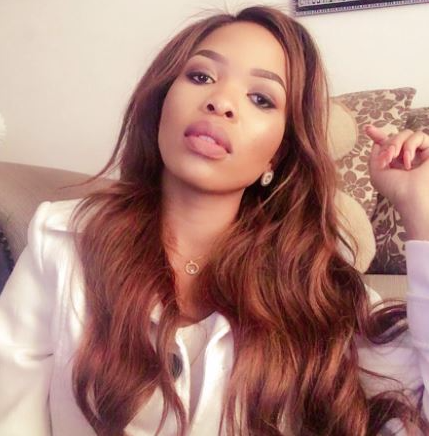 Mmatema Moremi hopes the sacarifices she's made pays off.
Image: Via Instagram

Trying to make a mark in the industry has not been an easy journey for Idols SA 2015 runner-up Mmatema Moremi, who has revealed that her upcoming album left a gaping hole in her pockets.

The musician told TshisaLIVE how she hopes her upcoming album sells because she "literally put everything" into it, from emotions to finances.

"I opened my company Mmatema Moremi Media Productions, that was basically the executive producer of my album. Every cent I have raised  have gone towards this project. It was really costly but worth it. Maybe I just have too much faith. It may even be naive but I have hopes that it will do well, the Bible says everything works together for our good."

The album titled, Love, Praise & Worship is a mash up of a few genres to cater for everyone.

The singer added that she did music that she loved, as opposed to following what people think she's capable of.

"People will always have opinions on what they think is 'my kind' of music but I did what I love. I got tired of singing other people's songs when I know I have a voice. There's love songs, praise and dance songs and worship songs that just bring that intimacy with God moments. It's really a beautiful album."

Fans can download the tracks from Google Play and iStore.

Musician and businessman Euphonik has been preaching the advice of sacrificing the flashy things in life to invest in property and clapped back at a ...
TshisaLIVE
4 years ago

Mshoza is obviously smitten with her man, Thuthukani Mvula, revealing that she still couldn't believe she's found someone who loves her for who she ...
TshisaLIVE
4 years ago

Pearl Thusi and Hollywood hunk, Zach McGowan are evidently having the time of their lives on set of the Scorpion King: Book of Souls, which is ...
TshisaLIVE
4 years ago

Amanda Black on Mthokozisi, her career ambitions & her love life

It's been over a year since Amanda Black released her award-winning debut album Amazulu and the star is still getting used to the fame her meteoric ...
TshisaLIVE
4 years ago