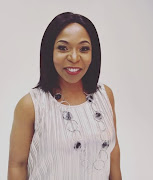 Vatiswa Ndara has been very vocal about being a victim of sexual harassment in the workplace and battling to find work after her role as Mamfundisi on Generations came to an end. Now, she's found light thanks to you, the fans, who constantly love and support her and has released a book in thanks.

The book, I Am, is a compilation of messages of support and hope from her fans.  At the launch held in Rosebank recently, Vatiswa said that it was hope and love that helped her through the dark times.

"I believed that I'd make it one day. That there's space for me in there. There's got to be.  There's space for us in everything that we want to do, it only depends on the faith that we have".

She said that when she started working at the SABC in 1998 and experienced sexual harassment in the workplace, she didn't know better because she was a "village girl."

She spoke about how she bumps into one of the men who harassed her. He allegedly insisted they spend the weekend together at a hotel and rubbed himself up against her in the workplace.

She held firm and refused and, as a result, was blocked in the industry.

In a previous interview with TimesLIVE, she said that although the lack of jobs affected her self-esteem, she has a fighting spirit and is constantly evolving.