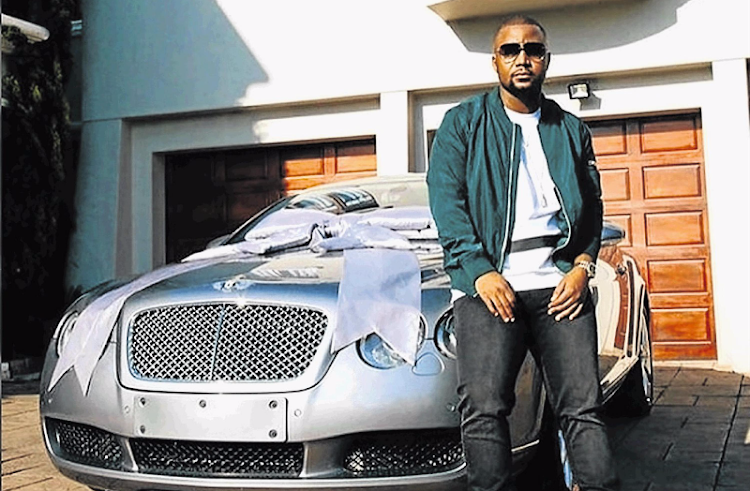 As rappers Cassper Nyovest and Emtee find themselves in the midst of a heated feud, some fans have suggested that the Doc Shebeleza rapper should have cut out performances from Emtee on his #FillUpOrlandoStadium DVD.

The pair shared a stage at the event late last year but have since fallen out after Emtee claimed that Cassper had disrespected him and not given him support.

A documentary about the event, which formed part of a series that was aired on SABC 1 on Sunday evening, trended for much of the night as fans shared their thoughts on the show. Some even claimed that given Emtee's recent outbursts against the rapper, he should have cut him out of the DVD.

I thought Cass would be petty and cut Emtee out... #FillUpOrlandoStadiumDVD

Emtee was talking shit about Cassper last week saying he's wack and shit but Cassper allowed him to perform on his show yet he can't even fill his own undies . #FillUpOrlandoStadiumDVD pic.twitter.com/nMY9jp9mnX

Cassper took to social media at the time to praise Emtee's performance.

One thing that is for sure is Emtee will not be a part of this year's #FillUpFNBStadium next month, telling TshisaLIVE that he would rather stay at home with his family.

"Hell no! I won't be at FNB. I don't want to work with him (Cassper) and I would rather spend time with my son and girl. He has been wanting to work with me for a long time but I am getting a lot of negative energy from him and I don't mess with that," he said.

Miss South Africa Demi-Leigh Nel-Peters was crowned Miss Universe on Sunday night in a star-studded ceremony in Las Vegas, making her only the second ...
TshisaLIVE
4 years ago

Demi-Leigh's first message to SA as Miss Universe: I hope to make you proud

Newly crowned Miss Universe, Demi-Leigh Nel-Peters only had words of thanks for South Africans back home shortly after she won the crown in a ...
TshisaLIVE
4 years ago

Idols SA runner-up Mthokozisi Ndaba has been accused of allegedly assaulting a young woman in a Johannesburg flat on Saturday morning.
TshisaLIVE
4 years ago

'I feel like leaving all the time' - Thabo Rametsi on acting

Despite having given a stellar performance in Kalushi and other productions, actor Thabo Rametsi said parts of his job as an actor have exposed him ...
TshisaLIVE
4 years ago

Demi-Leigh Nel-Peters was crowned Miss Universe in Las Vegas on Sunday night. The South African beauty queen beat over 90 contestants from around the ...
TshisaLIVE
4 years ago