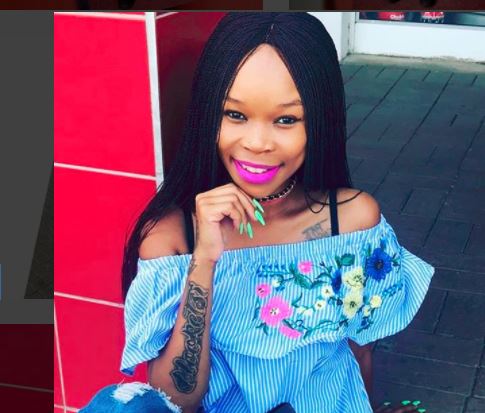 The EFF has extended an olive branch to rapper Fifi Cooper who is currently embroiled in a legal battle with her former record label, Ambitiouz Entertainment.

Taking to its verified Twitter account on Tuesday afternoon the political party announced that it had offered its help to Fifi to fight the "exploitative record company".

The party labelled the court interdict, which in part prevents Fifi from performing any of the songs she recorded under the label as an "injustice".

"We have contacted Fifi with the willingness to help her fight back against the corrupt and exploitative record company," read part of the tweet.

This after Ambitiouz Entertainment, owned by North West Premier Supra Mahumapelo, released a statement on Monday announcing that they had secured a court interdict against the rapper.

Fifi left Ambitiouz in February 2017 along with A-Reece and BenchmarQ after a contractual dispute with the label. Ambitiouz later issued a statement announcing that the matter would be going to court. In March, the artists responded to this claiming that the label never owned their work.

Fifi told TshisaLIVE on Monday that was still trying to make sense of the ruling.

"I cannot comment at the moment. I am like a lot of my fans right now and I don't understand everything that is going on. I am trying to make sense of it myself and then I will comment. Right now, I just want to focus on my music," she said.

Twitter responded positively to the offer on Fifi's behalf, thanking the political party for stepping in.

Thank you EFF for this. My heart was broken on her behalf

Finally someone there's who's willing to help Fifi 👏👏👏 pic.twitter.com/SUOc9ZdRTI

Mthokozisi on abuse claims: Let the law take its course

Idols SA runner-up has responded to claims that he allegedly assaulted a young woman in Johannesburg on Saturday, urging fans to "continue taking a ...
TshisaLIVE
4 years ago

After much speculation over the reasons that led to the end of Nathi Mankayi's working relationship with Muthaland Entertainment, the musician has ...
TshisaLIVE
4 years ago

TV personality Minnie Dlamini, aka Mrs Jones has once again sent the rumour mill into a frenzy with speculation that she's pregnant.
TshisaLIVE
4 years ago

WATCH: Cassper Nyovest explains his #JustBuyATicketBro response to AKA

With only three days left to Cassper Nyovest's dream to #FillUpFNBStadium, the rapper has come out to clarify why he declined AKA's offer to "help" ...
TshisaLIVE
4 years ago